Solomon Okuruket has opened up on his “dream” move to Premier League side Arsenal while disclosing that Odion Ighalo’s move to Manchester United remains his driving force.

Currently on the radar of Iraqi Premier League Al Karkh SC, his target is to continue his professional career in Europe, with the Emirates Stadium giants his most preferred destination – a team he had been supporting since he was a kid.

“Arsenal is my childhood team and still, I’m a strong supporter of the Gunners. My biggest wish is to play for them at their amazing stadium, and in front of their wonderful fans,” Okuruket told Goal.

“When I share this aspiration to some of my friends, they laugh and feel it’s a near-impossible mission, but I am not giving up because it is a dream I must actualise.

“I am drawing my inspiration from Odion Ighalo’s move to his childhood club Manchester United – which I suppose not many gave him a chance to realise. So, if he could do that at 30, what then should stop me from keep hoping?

“There are several players who left Europe for Asia and the MLS and still returned to Europe in their 30s and still performed creditably well for the clubs they starred for, so I believe it is not impossible for me and having played for some of the biggest teams in Africa.

“Hopefully, when this chance comes, I will grab with both hands and until that time, I’ll keep working hard in order to get better.”

Okuruket also talked about his time at Al Mokawloon, where he spent two seasons at the Osman Ahmed Osman Stadium.

“Arab Contractors is one club I love so much and to be honest with you, I enjoyed my time there,” he continued.

“They are a well-structured team with world-class sports facilities. Although, I didn’t win anything while playing for them, yet the club remains very dear to my heart.”

'Is that so?' - Thauvin laughs off Real Madrid transfer talk

Mon Feb 15 , 2021
The winger’s contract is due to expire in the summer and he would be available on a free transfer Florian Thauvin has laughed off a report that claimed he had been turned down by Real Madrid. The winger has reinvigorated his career at Marseille, following an underwhelming spell at Newcastle, […] 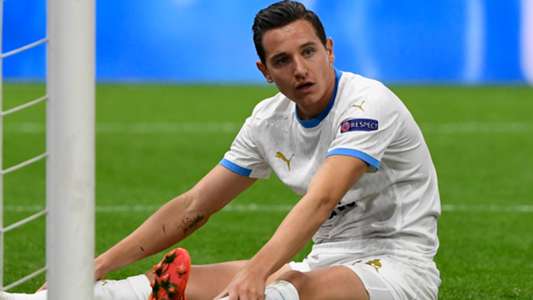