Posta Rangers head coach Stanley Okumbi has conceded his charges will have to improve in the defensive department to stand a chance of winning matches.

On Thursday, the Mailmen suffered a 4-1 loss against Tusker FC in the Football Kenya Federation Premier League at Kasarani Annex. Teenage striker Henry Meja bagged a brace while Jackson Macharia and Luke Namanda struck once each. Ezekiel Okare scored the only goal for his team.

The former Harambee Stars coach has conceded he expected a tough outing and went on to fault his defence for the goals conceded.

“From the word go I knew it would be tough,” Okumbi, who was appointed to take over from Sammy Omollo, told Goal.

“The approach was also good from the first whistle. We made a mistake, they scored but we also managed to get our chance and scored.

“However, we should work on the mistakes we made especially in the 18-yard area. If you look at the goals we conceded, all came from the defensive mistakes and it is something we have to go and work on as we prepare for another tough assignment.”

The youthful tactician has now hinted at what he will be working on ahead of their next assignment against 2009 champions Sofapaka.

“We have to up our defence and be solid; But again we have not been scoring goals if you look at our initial games, but I am happy at least our striker managed to get one,” he continued.

“So we have to ensure we defend well and take our chances in front of the goal.”

Prior to the game against the Brewers, the Mailmen had not conceded four goals in a match this season. The worst they suffered was a 3-0 loss to KCB FC in their campaign’s opener.

After Thursday’s loss, the team is placed in the 14th position with 10 points. They have managed to get just one win, drawn seven, and lost four out of the 12 games played.

They have also scored eight goals in the process and conceded 15.

On their part, the Brewers are on top of the table with 29 points from the 12 games they have played.

‘Who doesn’t like to play with Messi?’ – Aguero fuels Man City transfer talk but faces his own uncertain future

Fri Feb 19 , 2021
The Argentine frontman can appreciate why his current club would be keen on his fellow countryman, but he may not get the chance to play alongside him Sergio Aguero has fuelled speculation regarding a move to Manchester City for Barcelona superstar Lionel Messi, but the Blues striker admits to facing […] 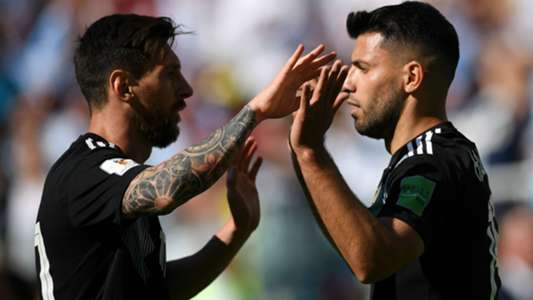