Ghana Football Association boss Kurt Okraku has confirmed player selection for the national team is not solely at the doors of Black Stars coach CK Akonnor.

The governing body has come under fire after speculation emerged that the squad list for the recent 2021 Africa Cup of Nations qualifying matches against South Africa and Sao Tome and Principe last month was influenced by FA officials.

Akonnor, who was appointed Ghana coach in January last year after the Okraku-led GFA administration assumed duty, also had his fair share of criticism.

“Call-ups for all national teams go through processes, and people must understand this,” Okraku told Joy FM.

“Gone are the days when one person will wake up one day and name a national team, it will never happen again.

“The coach and his team will work with the technical directorate to select a squad, then they have to convince the Management Committee about the squad they have selected.

“Then there is a meeting – some I may attend, others I may select someone to represent me. When there is a consensus, the squad is then announced.”

Like the Black Stars, there have also been reports that call-ups for the other national teams, including the home-base team B side, the U23s, U20s, U17s and U15s are heavily influenced by FA and management officials.

“This is a system that is practised everywhere in the world. There is no country where one single individual names a squad,” Okraku added.

“I have not heard CK Akonnor speak about someone imposing players on him, and I doubt he’d ever say that, because nobody imposes players on Charles Akonnor.”

After the last squad was announced, Akonnor received a lot of stick for calling up Colchester United attacker Kwame Afriyie Poku, who plays in the English fourth tier.

Questions were also asked of the invitation of Dreams FC right-back Philemon Baffour, largely due to his affiliation to a club which was led by Okraku until he became president of the Ghana Football Association.

Hamburg centre-back Stephan Ambrosius was also handed a call-up despite having also accepted an invitation to the Germany U21 side.

Mon Apr 12 , 2021
The Nigerian has contributed more goals in a season for the Baggies, but the Brazilian has moved within touching distance of the Burundian star Matheus Pereira has closed in on Saido Berahino for a West Bromwich Albion record held by former Nigeria international Peter Odemwingie. The Brazilian forward was among the goalscorers […] 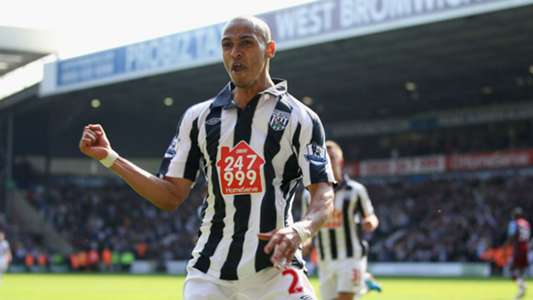