The ex-Liverpool boss has rehabilitated the Foxes’ status as silverware challengers once more, and admits that he would like to manage internationally

Brendan Rodgers played coy when asked by Gary Neville if he would like to manage England one day, but the Leicester City boss did not rule out an international future while insisting his loyalty lies at the King Power Stadium.

The former Liverpool and Celtic trainer has restored the Foxes to top four contender status five years on from their Premier League title campaign under Claudio Ranieri, and looks set to guide them back to the Champions League this term.

Such pedigree has seen his name mooted as a potential replacement for Gareth Southgate down the line, as England prepare for a gruelling 18-month schedule – but Rodgers has now played down any immediate suggestion from the ex-Manchester United stalwart that he could step into the Three Lions hotseat.

“Oh Gary,” the Northern Irishman laughed when asked ahead of his side’s top-flight clash with West Ham, before sobering on the topic.

“Listen, I want to manage at international level at some point in my career, I’ve always said that. But I’m very, very happy here.

“For me, being at Leicester City is the absolute perfect place. I can develop players, I’ve got great relations with the board and the hierarchy here, and I still feel there are a lot of improvements we can make.

“Gareth, he’s done a great job since he’s been there. England have an exciting generation of players, not only now but the ones for the next decade or so. They’re going to be competitive but I look no further from where I am at the moment.”

The Foxes have flourished once more since the ex-Hoops boss succeeded Claude Puel in early 2019, restoring them to their place as the Premier League’s prime challengers to the so-called top six.

Last season’s fifth-placed finish handed them a ticket this term to the Europa League – and now, Rodgers has Leicester on the cusp of a return to the continent’s biggest competition.

They previously competed in 2016-17 under Ranieri and then Craig Shakespeare, ultimately besting the rest of their English rivals to reach the quarter-finals.

While Rodgers will need to secure victory against West Ham – another major rival at the top end of the table – to further strengthen his hand, he will likely have a keen eye on his side as several players jockey for England selection under Southgate.

James Maddison and Harvey Barnes may ultimately fall victim to a surplus of talented players in their position, as the Three Lions attempt to juggle a multi-generation pile-up of talent ahead of this summer’s rearranged Euro 2020.

Any players who miss the cut won’t have long to wait for another bite of the cherry, however, with Southgate then seeking to guide England back to World Cup success at Qatar 2022, four years after an unexpected semi-final finish at Russia 2018.

Sat Apr 10 , 2021
15′ It looks like Union might find plenty of joy by attacking Bayern’s flanks. Bayern have looked uncomfortable with the visitors’ pace so far. 14′ Endo takes on Sarr and has the support of Lenz on the overlap. Kimmich hooks away Lenz’ cross with an innovative scorpion kick. 13′ Trimmel […] 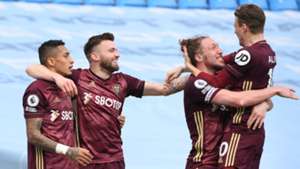