The midfielder has been one of the consistent players for the 2009 league champions, but the association has come to an end.

“Yes, we have parted ways with Asieche, it is official,” Sofapaka president Elly Kalekwa told Goal on Tuesday.

“His contract with us expired and he requested to leave, so we granted him his wish. We thank him for the time he has served us and we want nothing but the best for him.

“As a club, we are wishing him all the best wherever he is headed and appreciate what we have achieved together.”

The administrator has further revealed the team is in the market for new players to bolster their current squad.

“We will bring very few players in the short transfer window because we do not want to destabilize the team,” Kalekwa added.

“We are working on the same and maybe by the end of the week, we will have a few names joining us. It is on the pipeline and most of the negotiations are on an advanced stage.”

Sofapaka have not started the season as anticipated as they have struggled to win matches and are currently in the eighth position on the 18-team league table with 10 points from eight matches.

The mid-season transfer window opened on Monday with Mathare United the first team to do business when they announced the departure of Moses Mburu and Francis Omondi.

Mburu – a former AFC Leopards full-back – quit football for good as he wants to focus on his flight dispatcher career while Omondi, on the other hand, left due to the expiration of his contract.

Mathare United are expected to be engaged in the transfer window as they look for replacements for Omondi and Mburu as well as strengthening the squad.

Tue Feb 2 , 2021
The United States international burst onto a senior stage under the German coach and is now working with him again at Stamford Bridge Christian Pulisic is excited to be working with Thomas Tuchel again, five years after the new Chelsea boss handed him his senior debut at Borussia Dortmund. The […] 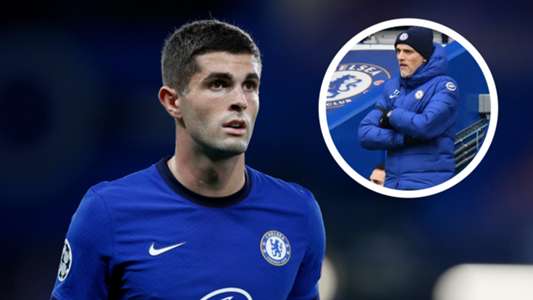