Simba SC have mocked their traditional Mainland Premier League rivals Young Africans after a 1-1 draw against Mbeya City on Saturday.

Yanga resumed league duties with a trip to Mbeya where they faced a resolute local side that denied them all the points at the death.

After over 80 minutes of failing to find way past Mbeya City, Yanga scored through Deus Kaseke but the lead did not last long as the hosts fought back and equalised through Pastory Athanas.

“Of course the results made us happy! Can we make them sad a little bit?” a tweet by Simba – accompanied by a photo of a smiling Bernard Morrison who left Yanga controversially in August 2020 – after the draw read.

Although Yanga remain unbeaten, the result gave Simba a slight boon in the title race given that the two missed points would mean Timu ya Wananchi did not open the gap further.

The Mbeya City draw was the sixth registered by Cedrikc Kaze’s side, who have won 13 games. Simba, on the other hand, have won 12 games and drew in another three.

Yanga lead the rivals with 45 points from 19 games while Wekundu was Msimbazi – who have lost two games already – are second with 39 points but still have two games in hand.

On the other hand, Simba, who picked up morale-boosting 1-0 win over AS Vita in the Caf Champions League, will juggle both local and continental assignments in the coming months.

They will play Biashara United on February 18 before a bigger clash against African Champions Al-Ahly on February 23. JKT Tanzania stand between them and the next Champions League match against Sudan’s side El-Mererikh on March 5.

Simba would have completed the group stage assignments when the next Kariakoo derby will be played on May 8. Should the Didier Da Rosa side progress to the knockout stage of Champions League, that could see their local programme reshuffled to accommodate their continental engagements.

The last Kariakoo derby ended in a 1-1 stalemate where Mukoko Tonombe scored for Yanga while Joash Onyango – who conceded the penalty that gave Yanga the opener – equalised in the 86th minute to save Simba from going down.

Sun Feb 14 , 2021
The Spaniard still sees the Reds as realistic contenders for the trophy despite their poor run of form at the start of the year Pep Guardiola has warned his players that Liverpool can still catch Manchester City in the Premier League title race. The reigning champions slipped 13 points behind […] 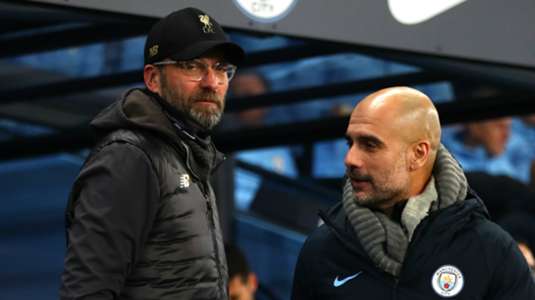