It would be remiss of Bayern Munich not to take an interest in RB Leipzig defender Dayot Upamecano, director Oliver Kahn has said.

CEO Karl-Heinz Rummenigge has previously indicated that the club want to sign the young Frenchman, while Leipzig have confirmed that he has a €42.5 million (£38m/$52m) release clause in his contract.

Kahn, who will become Bayern president in 2022, has doubled down on the club’s insistence of negotiating with the centre-back, given they will have a need to sign in that area.

“We made him an offer a while ago. He didn’t accept this offer.

“I also understand that a player like him, who’s been at Bayern Munich for a long time, is looking for a new challenge now.

“We have to think about who could be an adequate replacement for David.

“As a player, I’d love to have played with Ramos, but there’s nothing in [him coming to Bayern].”

“This season, he’s shown the quality that he has. Of course, we’re also in talks.

“He’s a player that lots of Europe’s biggest clubs want and Bayern are currently the most successful club in the world in sporting terms.

“We’re especially attractive for these types of players at the moment.”

With the future of Jerome Boateng also uncertain, there could be a dramatic change in the heart of the Bayern defence over the course of the summer.

Meanwhile, the Champions League holders continue to dominate domestically, in Germany, where they hold a healthy seven-point advantage over Upamecano’s Leipzig side in the race for the Bundesliga title.

FCB have won all of their last four games and have scored an astonishing 57 goals in their 19 fixtures.

Their next outing comes on Friday, when they will tackle Hertha away from home.

After that encounter, however, they will travel to dispute the FIFA Club World Cup, which will take place in Doha.

They will play the winners of home side Al-Duhail’s clash with Al Ahly on February 8.

Mon Feb 1 , 2021
ATK Mohun Bagan have once again showcased their winning mentality… Going into Sunday’s Indian Super League (ISL) match against ATK Mohun Bagan, there were two things that Kerala Blasters had to focus on. Firstly, they needed a good start. And then they needed to defend their lead after the break. Blasters knew […] 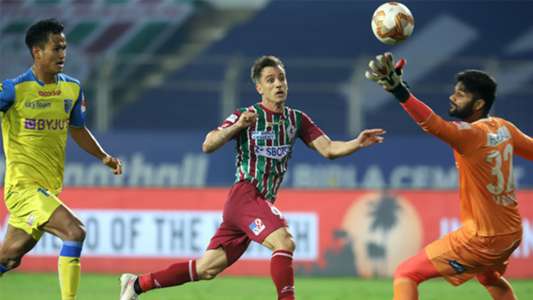