Odisha are certain to finish at the bottom of the 2020-21 Indian Super League (ISL) standings ahead of their clash against Mumbai City on Wednesday.

The Kalinga Warriors were led by Stuart Baxter over the major part of the season before assistant Gerald Peyton took over the reins until the team’s 3-1 defeat to FC Goa last week. With Peyton too returning to his home country due to personal reasons, assistant coach Steven Dias has now taken charge of the side and the Indian manager is looking forward to the challenge.

“It’s going to be my first match (as interim coach). I’m very excited as well as a little nervous. I discussed with the team about Gerry leaving because of his personal reasons. All the players, foreigners as well as Indian players, are supporting me. So it’s a good sign and we are ready for the next match,” said the Mumbaikar.

About facing a team from his hometown, he added, “I’m very excited. It’s my home team and I want to prove myself as a coach. I chose this profession and I want to take this match very seriously. I also want to prove that Indian coaches are equally good as foreign coaches in the future. So this is my chance and I’m preparing myself.”

Dias underlined the importance of having a motivated squad at his disposal despite their underwhelming campaign with just a win, six draws and 11 defeats that gave them nine points from 18 games.

“If you know, in this situation it’s difficult to motivate the players after having a bad season. But they are professional players. I’m trying my best to keep them motivated, trying to keep the training sessions enjoyable. If you see the players, you feel that they are a little down. So I give my best to be in the mood and prepare for the next match.

“I can’t say that – this thing went wrong or that thing went wrong. If you see, coach Stuart tried his best, Gerry tried his best, now I got the team and I’m trying my best. The players gave their best. After the (4-2) win against Kerala (Blasters), we thought we would bounce back and get our confidence. But unfortunately, when we were getting in the game, we gave away penalties and conceded goals. I feel, collectively everyone gave their best but it was not our season.”

The former Jamshedpur assistant coach went on to mention that youngsters Thoiba Singh and Saurabh Meher have the potential to become good players.

“We have really good young players. From the start of the season, I thought that we have a very balanced team but we have been so unfortunate because we didn’t get many chances to try all the players. At the beginning of the season, Thoiba and Saurabh played in the central midfield but after one or two results coach Stuart didn’t get much of a chance to put (those) Indian players but they are very talented.

“I’ve seen them in training and they are going to be very good in future. I’m trying to give a few young players a chance because I always feel that you can change your career (even) in one match. So I always tell the players, ‘if you get a chance, prove yourself,” he stated.

Tue Feb 23 , 2021
The German tactician has given reasons why he feels the three-time African champions cannot clinch the coveted trophy Nigeria national team coach Gernot Rohr has expressed his pessimism about Nigeria’s chances of winning the World Cup with the current players at his disposal. The Super Eagles’ best outings at the […] 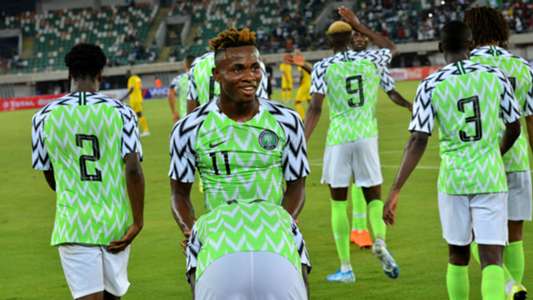