Indian Super League side Odisha FC are “appalled” by offensive comments made by former Kaizer Chiefs coach Stuart Baxter as he suggested that his players would need “to rape someone or get raped” to win a penalty.

Appearing infuriated by a refereeing decision that went against his side during the 1-0 defeat by Jamshedpur FC at home on Monday, Baxter allegadly used an analogy to complain about how difficult it is for his team to get refereeing decisions their way.

This was after Odisha had a penalty claim turned down by the referee when striker Diego Mauricio was brought down inside the box by the Jamshedpur FC goalkeeper.

“You need decisions to go your way and we needed a penalty. I think one of my players would have to rape someone or get raped himself if he was going to get a penalty,” Baxter said during a post-match interview.

In a brief statement on Monday, following up on Baxter’s comments, Odisha were quick to condemn the Englishman while promising to “handle the matter internally.”

“The club is appalled at the comments made by head coach Stuart Baxter during the post-match interview today,” Odisha said in a statement. “It is completely unacceptable whatever the context and does not reflect the values of the club.

“We, at Odisha FC, unreservedly apologise and the club management will handle this matter internally.”

We, at Odisha FC, unreservedly apologize and the club management will handle this matter internally.#OdishaFC

I am absolutely disgusted and infuriated by the comments. I’ve said Odisha FC is a safe space for all, and to make light of a serious awful crime in such an offhanded way is reprehensible.

I sincerely apologize to everyone on my behalf and the clubs https://t.co/nhq0kJPrGM

Baxter’s side anchor the Indian Super League standings and have gone for five straight matches without tasting victory and look set to finish the season at the bottom.

They have won just once in their 14 league matches, all under Baxter, who joined them in June 2020 after stints in South Africa coaching Kaizer Chiefs, SuperSport United and Bafana Bafana.

Last month, Odisha FC registered their first win of the 2020-21 Indian Super League season after a 4-2 win over Kerala Blasters at the GMC Stadium in Bambolim, Goa.

However, it proved to be false dawn, and the Kalinga Warriors have now lost eight out of the 14 matches they have played this term.

Baxter, however, remains confident that his side can turn things around this term.

“We haven’t played over the last seven or eight games any team that we are unable to beat,” he continued. “We have run every team very close and even tonight it could have been one of those honourable 1-1 draw.

“[However] we need to turn them into wins and see if that momentum will take us somewhere in the closing stage of the season,” the ex-Amakhosi boss concluded. “These lads won’t lie down, I won’t lie down.

“We will get over this and we will get back to work and we promise to the fans we will do as well as we can in the rest of the season.”

Can Jamshedpur finally kick on after ending winless run?

Tue Feb 2 , 2021
Jamshedpur had registered back-to-back goalless draws heading into the game against Odisha… Jamshedpur managed to end their five-game winless run in the 2020-21 Indian Super League (ISL) with a narrow 1-0 win against Odisha FC on Monday. A 41st-minute goal by Mobashir Rahman turned out to be the decider in a […] 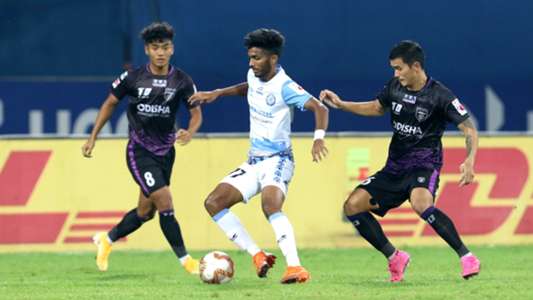