Sofapaka coach Ken Odhiambo has confessed they will face a huge task when they take on Tusker in an FKF Premier League match on Sunday.

The two sides will face off at Kasarani Stadium for their first-round fixture, and it will also be the first match in charge for Odhiambo of Batoto ba Mungu after he left Bandari a week ago.

Speaking ahead of the clash, the former Harambee Stars defender has said it will not be an easy game because the Brewers are enjoying a fine run of results in the top-flight.

“It’s going to be an interesting match against Tusker, they have a good side and currently on some fine form and definitely it’s going to be a huge task but I believe it’s possible going by our preparations,” Odhiambo told the club’s official website.

On whether the team is well prepared for the clash, Odhiambo, who replaced John Baraza, explained: “We have had a perfect preparation towards the match, there has been a strong change in attitude and character and I strongly trust this will help us, going forward.

“The team has the quality and talented players who can perform but a drop in confidence has been an issue. We have tried to work on such areas and I believe we are in a good condition to start rebuilding.

“We are going for some strong start as we begin the new year and we want to build on it as we progress beyond Sunday’s clash.”

On Saturday, Sofapaka confirmed they will welcome back defender Michael Bodo, who is fully fit, for the league clash.

However, coach Odhiambo will be without the services of Rwandese player Isaac Mitima, who is suffering from a knee injury, Stephen Okola, who is ruled out by an ankle problem, and midfielder David Simiyu, who is yet to recover from a foot injury.

When he joined, Odhiambo outlined his ambitions and said he believes the players will help him a great deal in chasing those targets.

“This a big club and the ambitions are so clear that when the president [Elly Kalekwa] talked to me I felt it was a good opportunity to join the club and help achieve their targets,” he said.

“The club has a good set of players who are very talented, skilful and of good quality. I believe they are capable of achieving a lot. When the president reached out to me, his desires were so clear for the club and that is winning the title.

“This is what made it easier for me to decide on joining the club.”

In the last five meetings between the two sides, Tusker, who are on 10 points, have managed three wins, with one match ending in a draw and Sofapaka winning the other.

Sun Jan 3 , 2021
The Kasasiro Boys have reported players and officials in camp have tested negative as they prepare to face the Rwandese outfit Kampala City Council Authority (KCCA FC) have confirmed players in training for their Caf Confederation Cup clash against AS Kigali have returned negative Covid-19 results. The Kasasiro Boys suffered […] 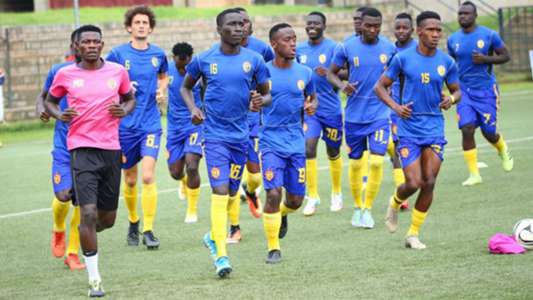