Gor Mahia treasurer Dolfina Odhiambo has hit out at coach Sammy Omollo stating he was rigid in his strategy and had no experience playing against North Afircan teams after the embarrassing loss away to CR Belouizdad in the first leg of their Caf Champions League tie.

The Posta Rangers tactician had come in as a stand-in coach for K’Ogalo in the aftermath of that humiliation, and is now charged with avoiding a similar result in the return match.

In the match, that was played at the Stade du 5 Juillet 1962 on December 26, the Great Chabab put six goals past K’Ogalo and the official believes the coach did not manage the game properly.

“I still maintain, our strategy sold us,” Odhiambo told Radio Jambo on Saturday. “I am not saying that the coach [should be held fully responsible for the result] but the problem was that he was too rigid.

“If I was in his shoes, I would have given the boys three options because you can never tell,” he added. “Also remember, he has never played with these Arabs.

“You know we were speaking from experience having [faced North African teams] before. He has never faced them as a coach, he has never had the Caf [Champions League] experience with these guys.”

The vocal official opined the former Kenya defender should have changed the tactics early to avoid the humiliating loss in Algeria.

“[Omollo] was just being rigid, and that rigidity is what cost us,” Odhiambo continued “Not that he is a bad coach; but if I were him, I would have given the players two or three different strategies for example after we conceded two goals in the first 15 minutes, we could have changed our strategy.

“He changed the strategy in the second half when we had already conceded four goals and by the time it was tough already.”

Meanwhile, Gor Mahia players have once again threatened to boycott the second leg of their second preliminary round of the Caf Champions League game against CR Belouizdad if their dues are not settled.

The Kenyan champions are scheduled to host the Algerian giants on Wednesday, January 6 at Nyayo Stadium. However, all is not well at K’Ogalo and senior players have opted to stay away from training ahead of the game.

“The situation is not good at all, players have opted to stay at home in protest for their money,” a senior source at the club told Goal “On Saturday, players were to report in training but a few fringe ones turned up. Remember, also current caretaker coach [Patrick] Odhiambo is also in his rural home with the family.

“If nothing is done, I doubt whether the Wednesday game will be played, or even if it will be played, results might be worse or close to the 6-0 loss suffered in the first leg.”

Sat Jan 2 , 2021
Unai Emery has admitted that Takefusa Kubo is looking to find a way out of his loan spell at Villarreal from Real Madrid. Real signed the Japanese teenager from FC Tokyo in 2019, but farmed him out on loan to Mallorca last season and Villarreal this term. While he enjoyed […] 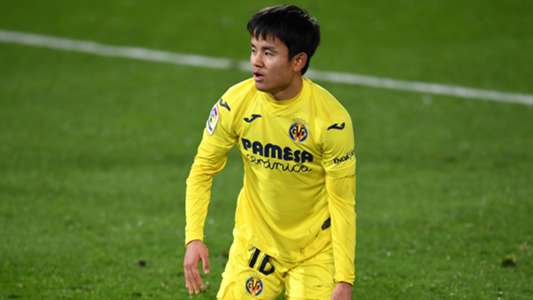