Stephen Odey scored the only goal that gave Amiens a 1-0 win over bottom-placed Chateauroux in Saturday’s Ligue 2 encounter.

The 23-year-old replaced injured Jayson Papeau in the 29th minute to make his 15th league appearance this season, and he produced a key contribution shortly after.

Odey turned Mickael Alphonse’s cross into the back of the net with his header in the 38th minute and the goal separated the teams for the duration of the match.

Saturday’s contribution was the third time the former MFM FC striker had come to the rescue of Oswald Tanchot’s side, having previously scored match-winning goals in their league games against Dunkerque and Grenoble Foot 38.

In addition to his contribution, all three of Odey’s goals have come at the Stade de la Licorne.

The 23-year-old, who was the second top scorer in the 2016-17 Nigeria Professional Football League season with 18 goals, behind former Lobi Stars striker Anthony Okpotu (19 goals), is currently on a season-long loan from Belgian First Division A club Genk.

He later received a yellow card on the stroke of full-time while Ghana duo Nicholas Opoku and Emmanuel Lomotey, alongside Mali’s Molla Wague and Senegal’s Racine Coly played from start to finish for the Unicorns.

The victory fired Amiens back to winning ways after their 4-2 defeat to Paris FC last Saturday, and it propelled them to eighth on the Ligue 2 table with 31 points from 22 matches – five points adrift of the promotion play-offs zone.

Odey will be aiming to help Tanchot’s side build on the win when they travel to Pau for their next league game on February 2.

Sun Jan 31 , 2021
Poor execution of football basics have been noted by a Buccaneers great as having caused Amakhosi’s fall Former Orlando Pirates midfielder Joseph Makhanya believes had Kaizer Chiefs been “more clinical” in their performance, Saturday’s Soweto derby against the Buccaneers would have been “something different.” Amakhosi were edged 2-1 in the […] 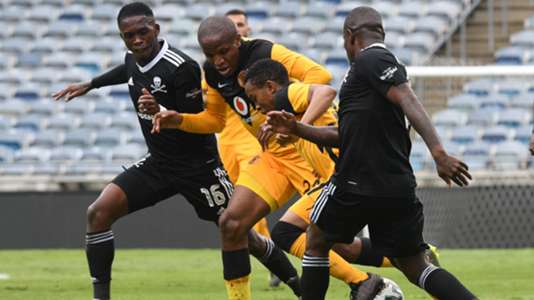