Martin Odegaard should have no problem adjusting to the demands of life in the Premier League at Arsenal, says Ray Parlour, with the Norwegian midfielder having operated under the brightest of spotlights at Real Madrid since he was 16 years of age.

Another hot prospect has been added to the ranks at Emirates Stadium, with Mikel Arteta moving to snap up the highly-rated playmaker on a loan deal through to the end of the 2020-21 campaign.

That agreement could be made permanent if Odegaard impresses in north London, with the 22-year-old hoping to see the regular game time that has been denied him throughout a testing spell in the Spanish capital.

“It’s a good environment to be around, you are looked after. Everything is there for the players on a daily basis to improve.

“He will enjoy it. There is not as much pressure on you because there is no crowd. But he has been at Real Madrid so he is used to pressure and playing in big games. I’m sure he can handle that situation.

“I’m really looking forward to seeing, if he does play, what he can bring to the team.”

There is no doubting Odegaard’s ability, with his potential having been noted from a young age, but he is a Premier League novice and will not be as match sharp as he could be.

He also faces the challenge of trying to oust Emile Smith Rowe from a settled Arsenal side, with there plenty of youthful exuberance to be found in Arteta’s ranks.

“I imagine he’s looking at him as a number 10,” Parlour added. “Smith Rowe is well in front of him at the moment because he is playing so well, but it’s another option from the bench.

“Sixteen years old, signing for Real Madrid, the next Messi, there has been a lot of pressure on the young man. He’s gone out last year on loan and played really well. I think Mikel Arteta has looked at that and thought we can nurture him a little bit more, improve him a bit more.

“They have got some good youngsters, Arsenal. You look at [Bukayo] Saka, Smith Rowe, [Gabriel] Martinelli – that is the future for Arsenal Football Club.

“If he does well when he gets his opportunity then I’m sure at the end of the season they are trying to get a deal done with Real Madrid to sign him. He could be another good youngster going forward.”

Odegaard could make his debut for Arsenal in a crunch clash with Manchester United on Saturday, with the Gunners looking to extend a six-game unbeaten run in the Premier League that has delivered 16 points from a possible 18.

Fri Jan 29 , 2021
The Scot helped the Reds to a 3-1 win in north London, with the Anfield outfit hoping to use that result as a “catalyst” in their title defence Andy Robertson can appreciate why Liverpool came in for criticism during a five-game Premier League wobble, but he saw the Reds looking […] 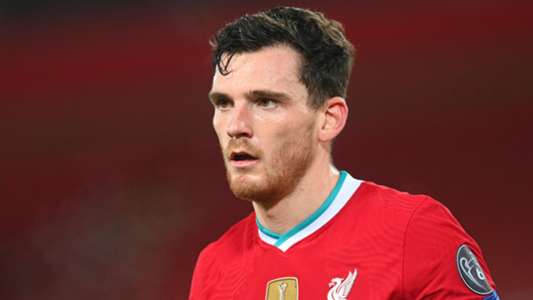