The ex-Gunners striker sees plenty of potential in a Norwegian midfielder, but those at Emirates Stadium have seen their fingers burned in the past

Arsenal have been warned that Martin Odegaard could be another “embarrassment” like Denis Suarez, with Mikel Arteta being urged to do his “homework” before completing a loan deal with Real Madrid.

The Gunners are closing in on a short-term agreement that will bring the Norwegian midfielder onto their books.

It will not be the first loan to have been pushed through with La Liga heavyweights in recent times. Dani Ceballos, who is also contracted to Real, is taking in a second season at Emirates Stadium.

Prior to Ceballos, Spain international Suarez was snapped up from Barcelona in January 2019.

Suarez would take in just six appearances for the Gunners, with injury problems holding him back, and never truly convinced when given opportunities to impress.

Alan Smith hopes history is not about to repeat itself with Odegaard as the 22-year-old has struggled to fulfil his potential – especially in Madrid – since bursting onto the scene as a teenager.

The former Gunners striker told Stadium Astro when asked why Arteta is looking to bring in a creative playmaker: “To have another option perhaps. I don’t think he’d walk into the team by any stretch.

“He’s had his problems developing at Real Madrid and the last thing Arsenal want is to get somebody in who can’t offer anything.

“You think back to Denis Suarez who came to the club and physically he just wasn’t ready and then he picked up injuries.

“It was a bit of an embarrassment in the end, so hopefully they will do their homework on Odegaard.

“He’s a young player that went to Real Madrid, and so much is expected of him, and as so often happens it doesn’t quite materialise like that.

“But they’ve been looking for more creativity. [Emile] Smith Rowe has provided that. They were linked to Christian Eriksen as well the other day. So it’s that kind of player that can make the difference against a deep-lying defence that’s defending in numbers.

“I wouldn’t be expecting him to start many games, somebody that would just dip in and out perhaps.

“But Arsenal have almost got one hand tied behind their back because financially they can’t throw money at it so they’ve got to be fairly creative in getting these loans in. Ceballos has been brought in from Real Madrid, they’ve got that relationship.

“Ceballos has done well during his time at the Emirates I think so hopefully Odegaard could come and he’s got a point to prove and he could add something to what they’ve got.”

Arsenal will be hoping to see Odegaard hit the ground running if he does arrive in north London, with Arteta’s side suffering another setback in their latest outing as they surrendered their grip on the FA Cup with a 1-0 fourth-round defeat at Southampton

Sat Jan 23 , 2021
The German has been linked with a move to replace under-pressure coach Zinedine Zidane Julian Nagelsmann admits he is flattered by reports linking him with the Real Madrid manager’s job. Nagelsmann’s stock has been rising throughout the fledgling stages of his managerial career. He impressed during three seasons at Hoffenheim to […] 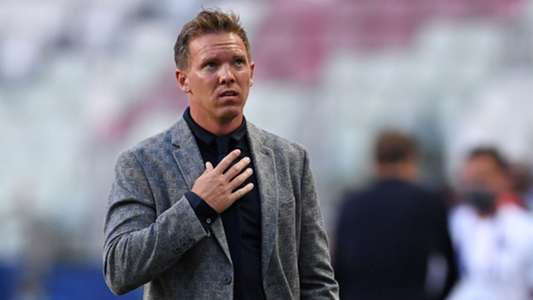