AFC Leopards goalkeeper Benjamin Ochan has revealed what made him stick with the club despite the financial turmoil at the former Kenyan champions.

Ochan was the only foreign player who remained at AFC Leopards after the rest left because of unpaid salaries when the club was left without a sponsor.

“I am a family man and I know when things are tough that is the time you need to gel more, stick together and be there for one another,” Ochan said during an interactive session with the fans on the club’s official Facebook page.

“I have learnt a lot from being raised from a challenging background and one of the lessons is that you do not run away from challenges. I am happy we did not walk away from the challenges but we bonded more.

“Money is not everything, but everyone, including me, wants money but I believe AFC Leopards are a big brand. We are praying that things change and of course we know problems are not going to stay forever.

The Ugandan also spoke of the factors which made it possible for him to keep 13 clean sheets in his maiden Kenyan Premier League (KPL) season.

“Everyone at AFC Leopards has been amazing from the fans to the groundsmen and the players themselves,” he added.

“The clean sheets that I kept cannot be credited to me alone because it was a collective effort from the strikers, the midfielders and the defence.

“If we stick together, the way we did, then I know for sure the sky is the limit.

“I wanted more clean sheets because last season my colleague had 15 and I had targeted to get 17 but who knows maybe next season God may help me to push for more and get even 18 of them.”

Ochan came and established himself as an indisputable figure in the first team but he says the coronavirus denied him a chance to win a title for the club.

“My first target was to win something for AFC Leopards but unfortunately, it was not the case as we did not win the league,” he concluded.

“Ingwe are a big team that needs to get back to the continental assignments but with the pandemic that was not possible.

“But again, we should look at the positives and one of them is we managed to remain together after many people thought the team was collapsing when many players left.

“Seeing the fans supporting us and players sticking together for me that is a great achievement despite the challenges.”

Ochan is in Uganda after he left when the league was suspended in March.

WATCH: Two dramatic derbies and history made in Mallorca - The best of La Liga 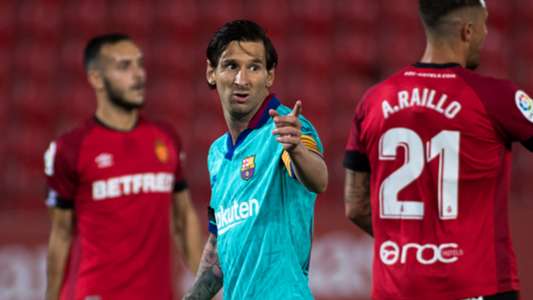