Lena Oberdorf has signed a contract extension with Wolfsburg, just seven months after penning a new deal with the German side.

Central midfielder Oberdorf, who won Goal’s first NxGn award for female players, signed a deal until 2023 last June after moving to Wolfsburg from SGS Essen. However, her impressive form for the six-time German champions has seen them tie her down to renewed terms until 2024.

The 19-year-old, who was part of the Germany side who won the U17s European Championship in 2017 and has since made 16 senior appearances for the national team after becoming her country’s youngest ever full international, has played 15 games for Wolfsburg this campaign, scoring 10 goals.

“It’s no secret that I feel very comfortable at VfL Wolfsburg,” Oberdorf told the club website.

“Both my team-mates and the people around me made it easy for me to find my way around the team quickly. So it wasn’t difficult for me to extend my contract now. My goal is to help shape the future of this club in the long term.”

Wolfsburg sporting director Ralf Kellermann added: “Lena not only met our high expectations, but exceeded them. She integrated into the team very quickly and showed that she is rightly considered one of the world’s greatest talents in women’s football.

“In addition, Lena has the best attitude with her positive nature, to take on leadership roles in the near future and move forward as a leader.

“We are therefore extremely happy that she has already extended her contract for another year. This is a clear sign that she feels comfortable with us and a strong signal for the future.”

In March last year, Goal named Oberdorf as the most exciting teenage footballer in the women’s game, in the first year the NxGn award was given for both male and female players.

“I feel very proud, it’s a lot of motivation for me to keep going,” Oberdorf told Goal upon receiving the NxGn trophy.

Wolfsburg won the 2019–20 Frauen-Bundesliga, but this season are currently in second place after 12 games, five points behind leaders Bayern Munich.

Wed Jan 6 , 2021
The Sugar Millers have named the ex-international to handle the side and help improve their poor start to the season Nzoia Sugar have confirmed the appointment of Ibrahim Shikanda as the new coach for the remainder of the 2020-21 season. The former Nairobi Stima tactician has arrived at the Sugar […] 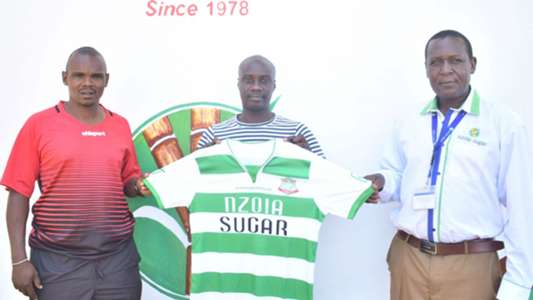