Football Kenya Federation (FKF) Presidential aspirant Sam Nyamweya has warned it will not be easy for FKF to terminate the contract of Kenyan Premier League (KPL).

In a recent interview with Goal, current FKF President Nick Mwendwa confirmed the federation will not listen nor discuss with KPL on matters to renew the contract when it runs down on September 14.

Mwendwa went further to state, from next season, the running of the league will be taken back by the federation and thus ending the term of office of the league managers.

Nyamweya, who has shown keen interest to go for the top seat in the coming FKF elections, has now told Goal why Mwendwa and his team will have a difficult time to do away with KPL.

“It will be difficult for FKF to do away with KPL because to invalidate the contract it will take more than two years, because FKF did not renegotiate the deal when they were legally in office, and now their time is over, so KPL is going to be there for a very long time,” Nyamweya told Goal on Saturday.

“I just want to state very clearly KPL is not going anywhere, and the people who are cheating FKF that they can terminate the contract should read the contract before saying anything or opening their mouths.

“FKF are not in the office [because their term ended in February], and they will never come to office again, I can assure you, we will remove them, they have no integrity of being in the office, so let KPL not worry about anyone threatening them.

“I can assure you the current contract is valid and when FKF was supposed to renegotiate, they did not do it to an extent their term in office elapsed, so they [KPL] are validly in office and it will take them [FKF] two to three years to invalidate the same.

“I am speaking with authority as someone who signed the contract between FKF and KPL, so I know what the deal entails, and even if there is mitigation, I will come out in support of KPL.”

Nyamweya also warned some clubs in the top-flight against being used to support a dying regime insisting if they don’t watch out “they will sink with them.”

“Clubs should also stop being misled to support a dying regime, a sinking regime because if they are not careful it will sink with them,” Nyamweya continued.

Sat Jun 13 , 2020
The former Reds star was not surprised to see those at Anfield pass on a German striker, and he thinks deals may be done at some stage Jurgen Klopp’s decision not to pursue Timo Werner should come as no surprise, says Steve McManaman, with Liverpool likely to have another singing […] 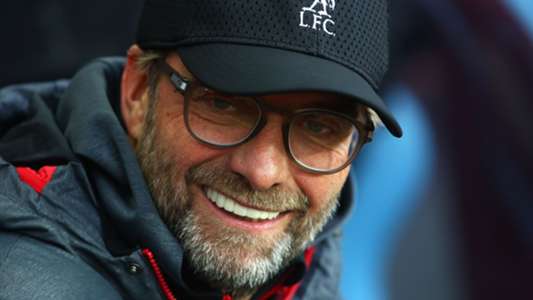