Simeon Nwankwo was on target as Crotone continued with their stuttering start to life in the 2020-21 Serie A campaign following Saturday’s 2-1 defeat to Fiorentina.

Having defeated Benevento 4-1 their last time out with the Nigeria international among the goalscorers, the Pythagoreans went to Stadio Artemio Franchi with the ambition of making it two wins on a bounce against Cesare Prandelli’s team that were humiliated 6-0 by Napoli.

However, they were pegged down by the Violets who got all their goals within the first 45 minutes.

Both teams put up a strong display in the opening minutes of the encounter, nevertheless, it was the hosts who took the initiative after 20 minutes through Giacomo Bonaventura.

Profiting from a poor clearance by Arkadiusz Reca, the Italian midfielder picked up the ball and fired a right-footed shot from the edge of the box past goalkeeper Alex Cordaz.

In the 32nd minute, the hosts doubled their advantage through Dusan Vlahovic who scored from close range after collecting a pass from Frenchman Franck Ribery.

Crotone stepped up their game in the second-half but it was Prandelli’s men who kept creating goalscoring chances. Gaetano Castrovilli assisted Vlahovic twice, but the Serbian failed to bury the ball inside the net.

In the 65th minute, Nwankwo reduced the deficit for his club after positioning himself well to head a Pedro Pereira cross past goalkeeper Bartlomiej Dragowski. That was the Super Eagle’s seventh level goal in 19 appearances so far.

Fiorentina, in danger of playing a draw, made a double change in the 69th minute to fortify their team – throwing Christian Kouame and Martinez Quarta for Igor and Vlahoic respectively.

Despite pushing harder for a late equaliser, Giovanni Stroppa’s team were unable to get the much-needed goal as they returned home with heads bowed low.

Alongside Cote d’Ivoire defender Koffi Djidji who is on loan from Torino, the Nigerian was in action from start to finish for Crotone, while Libya’s Ahmad Benali replaced Milos Vulic on the hour mark.

For the hosts, Sofyan Amrabat saw every minute of action as they climbed to 12th in the log after garnering 21 points from 19 outings. They are guests of Torino on Friday.

Sun Jan 24 , 2021
Following his effort against the Phocaeans, the youngster of Cameroonian origin has now scored his maiden goal in the French top flight France youth international of Cameroonian background Aurelien Tchouameni scored his first Ligue 1 goal with a second-half header as AS Monaco defeated Olympique Marseille 3-1 at Stade Louis […] 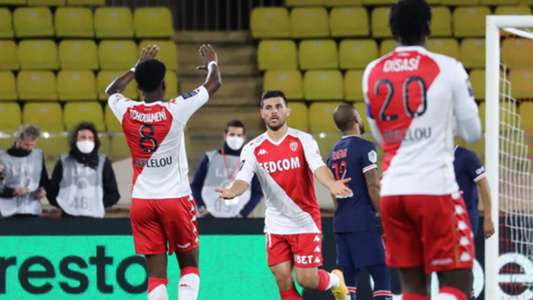