For all that the January transfer window has its foibles, it does serve an important purpose for footballers: it can serve as an emergency exit, even if only temporarily, from inactivity.

At the close of this most recent winter window, two Nigeria internationals made similar journeys in search of greater involvement at club level.

In many ways, the careers of Ramon Azeez and Kelechi Nwakali mirror one another: both captained successful Nigeria national sides at under-17 level (the former to a runner-up spot at the 2009 World Cup, the latter to first-place in 2015), both are midfielders, and both traded the glamour of the Spanish top flight for a relegation battle in the Segunda Division.

However, that is where the similarities end. While Azeez has featured for the senior national team at the World Cup, and is, at 28, accomplished, Nwakali has struggled to make the transition from prodigious youth international to established professional.

When Granada earned promotion to the top flight back in the summer of 2019, it was with Azeez helping to push them over the line in their bid, and he proceeded to exert a great deal of influence (especially deployed as a key pressing instigator in matches against La Liga’s heavyweights) as the Rojiblancos consolidated. Diego Martinez’s side confounded expectations to finish in the Europa League places, and are one of the league’s more entertaining and enterprising sides.

However, the second season has been less kind to Azeez, who suffered a muscle injury in his right leg back in October.

This unfortunate circumstance kept him out of action for eight weeks, and since then he has found returning to first-team contention an uphill task.

Up until the setback, he had featured in two of Granada’s opening four league matches; since that unfortunate diagnosis, he has only made one further appearance: in a Copa Del Rey tie against Cultural Leonesa in early January.

A move, therefore, seemed expedient. Following Granada’s Cup victory over Malaga, manager Martinez announced Azeez had requested a loan, and a fortnight later the Nigeria international reached an agreement to spend the rest of the season at Cartagena.

There, he will certainly find minutes, but will also face a daunting challenge. Cartagena are second from bottom in Segunda, have lost over 50 percent of matches played so far, and have the joint third-worst goal difference in the division. The only worse side, both in terms of points and performance, is bottom side Alcorcon.

They themselves have received their own Nigerian shot in the arm in the form of Nwakali who, like Azeez, arrives in search of the playing time he was unable to accumulate in La Liga. However, unlike Azeez, he takes the step down with much still to prove, and with his reputation at an all-time low.

The tale of his career so far is old ground by this point, but perhaps the biggest disappointment has been his utter inability to seize an opportunity like Huesca presented to him.

Like Azeez, he was signed to augment a promotion charge from Segunda, and despite his minimal impact, Huesca kept the faith, believing his obvious potential would rise to the occasion in the top flight.

Sadly though, they have found their faith misplaced.

He has only earned one start in La Liga, with concerns over his lack of physical robustness and tactical awareness pushing him farther onto the margins of the first team. Struggling teams will often focus on the fundamentals, and usually have little patience for players like Nwakali who colour outside the lines: neither boasting the elusiveness to function as a proper attacking midfielder, nor the defensive aptitude to offer protection to the defence.

How his style translates to a side like Alcorcon remains to be seen, but it is damning that he has traded the (statistically) worst side in one division for the worst side in an even lower one.

It ought to light a fire under him, and perhaps it will be an infectious conflagration: only three points stand between Alcorcon and safety in Segunda, and so it is not outside the realm of possibility that they might pull the iron out of the fire in the nick of time.

Suddenly, the basement of Spain’s second-tier holds some interest for the Nigerian fan, with two midfield technicians passing one another, like great ships in a mist, at vastly different points in their voyages.

Mashemeji Derby: Where Gor Mahia vs AFC Leopards will be won – Kerr

Sun Feb 7 , 2021
The British tactician delivers his assessment ahead of the 89th derby involving rivals Ingwe and K’Ogalo at Kasarani Stadium Dylan Kerr has explained the team which controls the midfield during the FKF Premier League derby between Gor Mahia and AFC Leopards will carry the bragging rights on Sunday. The two […] 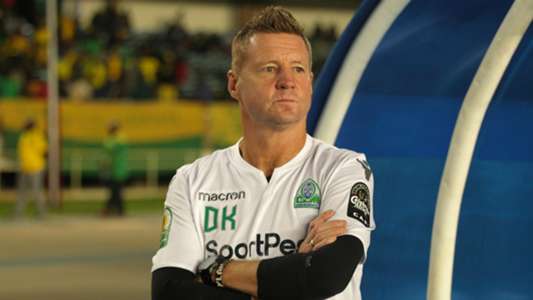