Kaizer Chiefs centre forward Samir Nurkovic has been included in the 18-man squad for the clash against CD Primeiro de Agosto.

Amakhosi are set to take on the Angolan giants in the Caf Champions League first-round second-leg match at Estadio 11 de Novembro in Luanda on Tuesday.

The first-leg encounter ended in a 0-0 draw in Johannesburg as Amakhosi failed to take their chances, but they have now been boosted by the availability of profilic striker Nurkovic.

“Amakhosi travel to Angola with a squad of 18 players lead by head coach Gavin Hunt who will be assisted by Dillon Sheppard,” a club statement read.

“There is also good news as Chiefs leading striker from the 2019-20 campaign, Samir Nurković, who missed the start of the current season through injury, is part of the Chiefs travelling contingent and in all likelihood will make his first appearance of the 2020-21 season during the game in Angola.”

“Chiefs who are due to land in Angola at 14h00 on Sunday afternoon local time were hoping to train in the hot and humid conditions of Luanda to acclimatize but they have been informed that because of Angola’s strict Coronavirus lockdown regulations currently in effect, they would be unable to hold a training session on Sunday.”

“The first training session in Angola is now scheduled for Monday.”

However, Chiefs will be without their club captain Itumeleng Khune as the experienced goalkeeper has been excluded from the 18-man squad.

Bruce Bvuma and Daniel Akpeyi are the two keepers which have been included in the squad by coach Gavin Hunt, who will be looking to mastermind a win over Agosto.

The winner on aggregate between Chiefs and Agosto will advance to the group stage of Africa’s most prestigious club tournament.

While the losing team will be relegated to the Caf Confederation Cup play-off round. 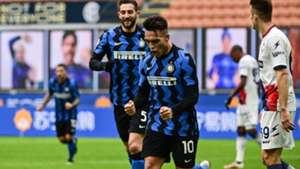