Yanga SC have stressed the importance of signing striker Fiston Abdoul Razak on deadline day of the mini-transfer window.

The former Sofapaka striker arrived at the Jangwani giants on January 15 but he had to wait until Friday when he landed in Dar es Salaam to put pen to paper on a short-term deal of six months.

“’[Razak] has simply come to entertain fans, he has come to help us win the league title, it is our time to enjoy and win titles and he has arrived to help us achieve that,” Nugaz said as quoted by Sokalabongo.

“Our main target this season is to win the league title and also the domestic Cup, we want to seal the season with a double and that is why Razak is here, he will make our fans happy, he has already promised me the number of goals he will score but I will not reveal that.”

On signing for the team, Razak promised the club’s fans he will help the team to win the Mainland Premier League this season.

“I want to take this opportunity to thank all the fans for coming to welcome me at the airport, I am happy to be here and it is now my turn to repay you with good displays,” Razak told reporters at Julius Nyerere International Airport after touching down in Tanzania on Friday.

“The only promise I can make to the fans is that I will use all my strength to help the club achieve their targets, and also give the fans entertainment by scoring as many goals as possible.

“We want to perform well, I want to assure the fans I will do well, I want us to ask God to lead us, and all I know this year, we will do well and I know we will also carry the league title.”

Sat Jan 30 , 2021
The club captain says they need work better together if they are to win their next league match because football is a team game Gor Mahia captain Kenneth Muguna says his good form is not enough to help the team get maximum points against Bandari in their FKF Premier League […] 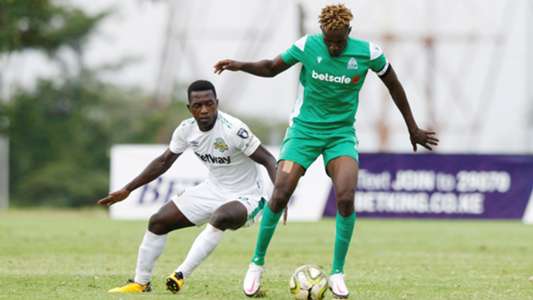