Yanga SC striker Saidi Ntibazonkiza has revealed new signing Fiston Abdoul Razak will do great things within the club’s squad due to his huge potential.

Razak completed his transfer to the Jangwani giants during the deadline day of the mid-season transfer window which closed on January 15 and has already been handed the number seven jersey ahead of his debut in the Mainland Premier League.

“It’s been a long time since I’ve been close to Razak and we’ve been playing together in the Burundi national team squad, so I know he’s a top player and I feel happy to have the opportunity to play with him at Yanga,” Ntibazonkiza said as quoted by Sokalabongo.

“I believe we will show great potential together to help Yanga achieve its targets for the season, including winning the league title and the domestic Cup.”

Meanwhile, Yanga have once again come out to deny reports their Angolan player Carlos Carlinhos will leave the club before the end of his contract.

Yanga registration committee member and GSM investment director Hersi Said has stated Carlinhos is still their player and he will remain committed to his contract at the club.

The Angolan national joined Yanga at the start of the 2020-21 season but he has struggled to keep his place in the team owing to injuries.

“Carlinhos, when he landed in Yanga, signed a one-and-a-half-year contract to serve the club, so this is the first time he has served half a year, remaining for a whole year to continue playing and we hope to see him continue to play for Yanga,” Said told Sokalabongo.

“What’s worse for him is the injuries he has been getting, but he is one of the best players we have in our team and we as leaders believe in the second round of the league, he will do great things and that is why we still have trust him to help us.”

Yanga have set the target of wrestling the league title from rivals Simba SC and are currently in position one on the 18-team table with 44 points from 18 matches.

Sat Feb 6 , 2021
The Brazilian forward is feeling a little under the weather and may be unavailable to Mauricio Pochettino for a heavyweight tie at Stade Velodrome Paris Saint-Germain look set to be without Neymar for their Classique clash with Marseille on Sunday as the Brazil international has been struck down by illness. […] 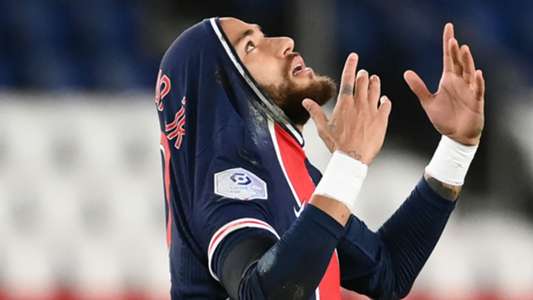