Former Enyimba and Enugu Rangers defender Chibuzor Okonkwo has suggested how the Nigeria Professional Football League can be developed.

The NPFL has struggled to live up to expectations due to poor welfare for players and match officials, among other reasons.

Super Eagles coach Gernot Rohr has turned his attention to foreign-based players for national team assignments due to the problems bedevilling the local league.

Okonkwo, who has featured for a number of NPFL clubs, has also highlighted some of the problems and proffered solutions to them.

“The welfare of players are not yet there in the local leagues, a case study of Akwa United where they had an accident on their way and Adamawa United were robbed on their way to a game,” Okonkwo told Goal.

“In this era, we are still travelling by road, it’s not okay. It does not take much for the clubs to book a flight for their players and officials.

“This is one of the things that are besetting our league, in many African countries it is not like that, things are better done.

“In Egypt, Morocco, Tunisia even Libya, if the distance to the match venue is more than three hours they fly by air that is how it ought to be.

“In Nigeria, players will travel from Akwa Ibom State to Lagos by road when they get there they will not be able to give their best because of tiredness for the long-distance journey.

“We need to do so many things to develop the league, the instability of the league should also be looked into. Infrastructure must also be improved on and the issue of beating referees should be a thing of the past. “

Since Enyimba won the Caf Champions League back-to-back in 2003 and 2004, Nigerian clubs have struggled to make much of an impact in the continental tournament.

Okonkwo is of the opinion that if the NPFL is well managed and developed then it will impact their performances at both the Champions League and the Confederation Cup.

“The win at all cost during home games must be avoided and the best team should be allowed to win. When our league is good then we will be able to compete well in the continent and get more sponsors,” he concluded.

Phillips had American offers with 'one foot out the door' at Liverpool, admits Lonergan 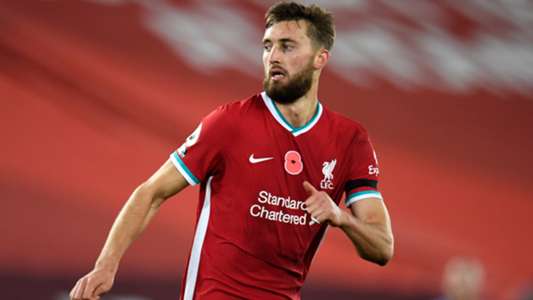