Also, several Serbian stars are in the tournament as Dusan Lajovic, Filip Krajinovic, Viktor Troicki and Nikola Milojevic are eager to perform well in front of the local crowd. Zimonjic says Djokovic winning the Adria Tour event in Belgrade would be just perfect.

Everything is possible. But we have seen some great tennis and that’s the most important thing. As the tournament progresses, the level of the game will improve,” Zimonjic told Sport Klub. “Novak played really great and he will be the toughest player to beat at this tournament.

I believe that anyone who comes out on the court to play him is extremely motivated. But Novak is really happy to play in front of this crowd and he wants to win this tournament in this part of the Adria Tour. So there is a big desire.

All of us here are big lovers of sports and tennis. That would be the best way for this tournament to end.”

Novak Djokovic picked up a surprise loss on the opening day

Djokovic, a 17-time Grand Slam champion, made a convincing start to his Adria Tour campaign as he saw off his good friend Viktor Troicki 4-1 4-1 in just 37 minutes of play.

The Serb made a fine start to his second match as well but 2017 Paris Masters runner-up Filip Krajinovic refused to quit and he ended up stunning the world No. 1. Krajinovic, ranked at No. 32 in the world, beat the 17-time Grand Slam champion 2-4 4-2 4-1.

Krajinovic claimed the first break of the match but Djokovic then claimed back-to-back to steal the opener. But Krajinovic kept his focus as he broke Djokovic three times in the rest of the match and never lost his serve to clinch a comeback win. Novak Djokovic will play his first match on Sunday against world No. 7 Alexander Zverev.

Sun Jun 14 , 2020
Although the Parc des Princes side admit they are going into a summer of transition, they expect to keep their key players Paris Saint-Germain sporting director Leonardo has affirmed his intention to tie Kylian Mbappe and Neymar down to the club on a long-term basis. While both attackers have been […] 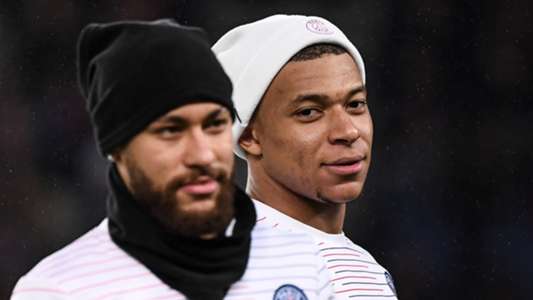