17-time Grand Slam champion Novak Djokovic felt great after arriving to Zadar as he says he loves to visit new places and experience new things. The first leg of Djokovic’s Adria Tour project took place over this past weekend in Belgrade and now the time has come for the second leg — which will take place this coming weekend in Croatia.

Djokovic, ranked at No. 1 in the world, says he has been to most Croatian cities but never before he visited Zadar. The Serb hopes the Croatian fans will make a warm welcome to the Adria Tour and enjoy the event this coming weekend.

“I have visited most cities in Croatia, but this is my first time in Zadar. I love that feeling when I experience a new place and city. Zadar is known for the epithet of a sports city that dominates basketball, handball and even tennis.

The tradition and culture of sports in Zadar is very beautiful. What I have heard so far the fans have shown a big interest and I would like to invite everyone to come once again so that we can all enjoy the humanitarian sports and music spectacle that we will organize from Friday to Sunday,” Djokovic said, per Novosti.

Novak Djokovic expects to see a packed out crowd

The tickets for Adria Tour event in Belgrade were sold out in a short time and Djokovic expects to see the same number of fans in Zadar. “As far as I understand, the capacity is almost 9,000 people.

For now, half of that is allowed, which is equal to the number of people who were in Belgrade, and that is really a lot. I am grateful that we will have so many people who will be able to enjoy watching the matches. My family and I had a very nice welcome from the moment we landed in Zadar,” Djokovic said.

Djokovic has confirmed that Alexander Zverev, Grigor Dimitrov, Borna Coric and Marin Cilic plan to participate at the Adria Tour event in Zadar. The 17-time Grand Slam champion was eager to win it all in Belgrade — his hometown — but he failed to make it past the group stage.

Novak Djokovic will now certainly be able extremely motivated to have a better campaign in Zadar and win it all this coming weekend.

Fri Jun 19 , 2020
Real Madrid vs Valencia Returned after 330 days and scored after 30 seconds Pablo GarcaMARCA Marco Asensio came on as a second-half substitute for Real Madrid against Valencia, playing in his first match in 330 days and after almost 11 months on the sidelines, and he capped it off with a […] 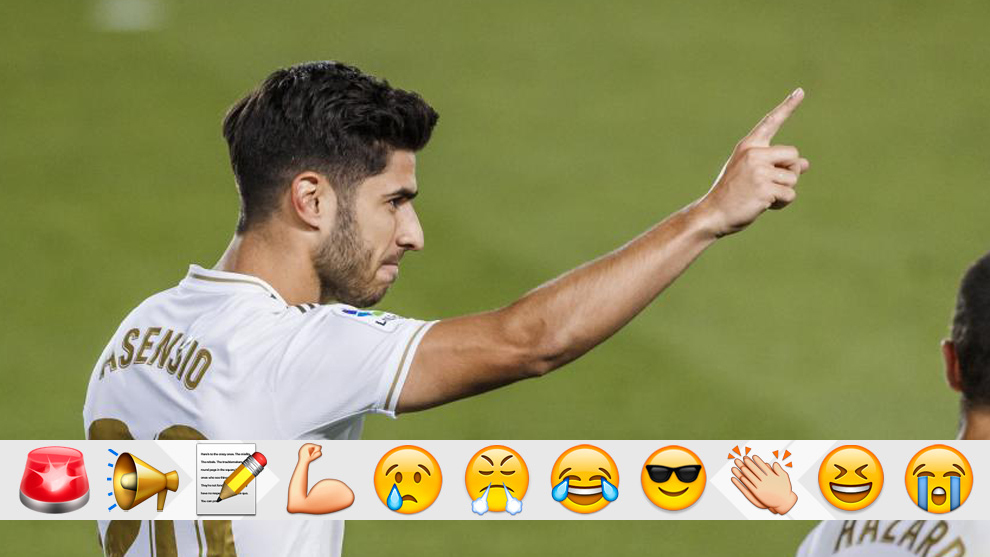