The Mumbai City tactician has tried to explain their recent slump…

Sergio Lobera feels that Mumbai City is at their best in the 2020-21 Indian Super League (ISL) when they stick to their football philosophy.

They have suffered two losses and a draw in their last three encounters and now trail ATK Mohun Bagan (40 points from 19 games) by six points. The Mumbaikars have a game in hand which is against Odisha on Wednesday.

“Our focus is on Odisha because if we are thinking about the next game (the game against ATK Mohun Bagan) we are making a big mistake. At this moment, we know every team and every team knows us. So we need to be strong in our personality and ideas,” said the Islanders gaffer.

The former Barcelona assistant had termed his side’s 2-0 loss to Jamshedpur as Mumbai City’s worst game of the season’ – “I think the most important thing for us is to be loyal to our style of play. Now it’s not the moment for surprises (playing in a different way). We need to increase our level to play in our style of play because finally, we are strong in this way. For me, the second game does not exist now.

The Mumbai City coach expressed his faith in the squad and added that he has the task of motivating his team.

“I believe in my squad and I’m sure in the next game we can show some difference. It was a bad day in the office and sometimes these situations happen but the most important thing is not to repeat the same situation again. I think when you have to play the remaining two games for the top spot, you need to manage the level of motivation.

“There is a lot of motivation for my players because they want to finish in the best position possible. We are very close to achieving this. Sometimes, it’s not about motivation because when you have less motivation it’s a problem and when you have too much motivation it’s also a problem. Finally, you need to be smart, read the game well, be ready in good and bad moments and play as a team,” Lobera concluded.

Kaizer Chiefs will not change their game for Horoya AC - Mphahlele

Tue Feb 23 , 2021
Amakhosi have been struggling on the domestic front but their captain insists there is no special formula for their Guinean opponents Kaizer Chiefs defender Ramahlwe Mphahlele says they will stick to their style of play and will not tailor their game specifically for Horoya AC, whom they host in Tuesday’s […] 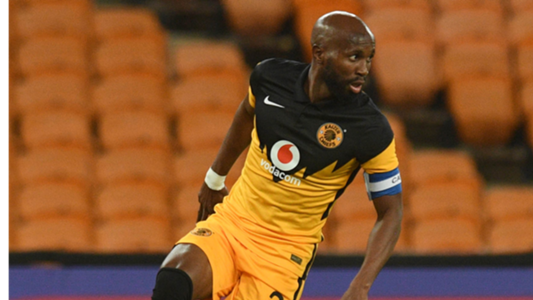