Ozil appears to have no future at Arsenal, as he has not featured for the club since March and is not part of coach Mikel Arteta’s Premier League squad.

The souring of the relationship is disappointing for all concerned with the club, as Ozil is one of the most gifted players in the game when on song.

With the Gunners struggling for form, plenty of focus has been on Arteta and his handling of the squad.

Arsenal have been crying out for the type of creativity Ozil can produce, but Brady feels the coach was right to cut him adrift.

“I don’t blame Arteta over Ozil,” Brady, who won the FA Cup with Arsenal in 1979, made 307 appearances for the club and was named their eighth greatest player in their history, told the Keys and Gray podcast. “He gave Ozil plenty of chances and he performed for a couple of months.

“Ozil just reverted back to type.

“I’ve no problem with Mikel bombing him.”

Arteta said at a press conference on Thursday that there would be departures from the club in January.

Ozil’s close friend Sead Kolasinac has already headed out of the club, joining Bundesliga side Schalke on loan, and there are likely to be further departures.

Whether Ozil heads for pastures new in January will likely depend on if the player can be persuaded to take a pay cut.

If Ozil cannot be persuaded to move on in January, he will almost certainly depart the Emirates Stadium on a free transfer in the summer.

Arteta will hope the focus is on his side’s form in the second half of the season. They closed 2020 with back-to-back wins over Chelsea and Brighton and kick off 2021 with a trip to West Brom.

Thu Dec 31 , 2020
The Glasgow native led United to FA Cup glory in 1977, which came after the club had been relegated three years earlier Former Manchester United and Scotland manager Tommy Docherty has died at the age of 92. His family issued a statement saying Docherty – known as The Doc – […] 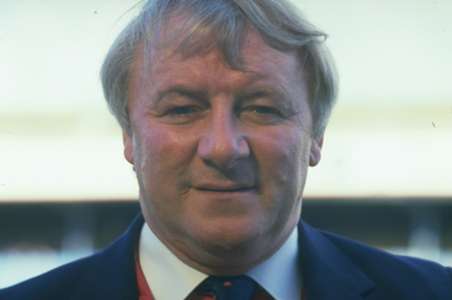