With the return of England’s top flight just days away, two more individuals have tested positive for the coronavirus

Two individuals at two Premier League clubs have tested positive for Covid-19 after the latest round of testing.

Norwich have confirmed that one of the two positive cases is one of their players, and that the player in question will now self-isolate for seven days.

The new confirmed tests take the total of positive cases to 16, from 8687 tests carried out.

Norwich are set to return to action with a home fixture against Southampton on Friday, June 19, meaning the player in question will miss their first game back.

A statement from the Canaries said: “In line with the Premier League’s protocols, the player will now self-isolate for a period of seven days before being tested again at a later date.

“The player must return a negative test result before being able to resume training.

“The club will not name the player in question and asks that his request for privacy and confidentiality are respected at this time.”

Liverpool are just six points away from claiming their first league title in 30 years, and their first of the Premier League era.

Most teams have nine games remaining, with Norwich currently rock-bottom of the table, six points from safety.

Sat Jun 13 , 2020
The forward has drawn the ire of sporting director Hasan Salihamidzic after questioning the logic of a rumoured transfer move Thomas Muller has been criticised by Bayern Munich sporting director Hasan Salihamidzic after comments he made regarding the club’s transfer activity. Muller raised some eyebrows on Wednesday when, following Bayern’s […] 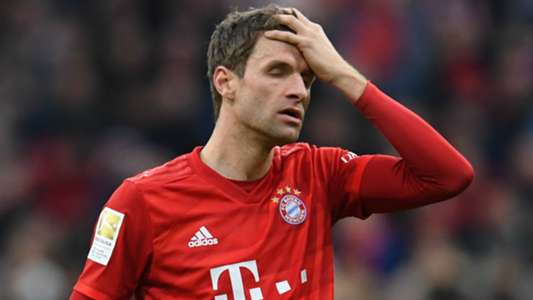