The Highlanders are on a four-match unbeaten run since Jamil took over at the club as the interim head coach. They have managed to pick up 10 points from a possible 12 and have emerged as a strong contender for a top-four spot.

Khalid Jamil doesn’t want any complacency to creep in and believes that their  preparation for the game against Hyderabad wouldn’t be any different to what they did for the earlier games.

“All the matches are important and not just one match. Tomorrow’s match is important, it is a vital match and the preparation will be the same as any other game,” said the NorthEast United boss.

Jamil’s assistant coach Alison Kharsyntiew further added that the team needs to remain compact at the back and utilise the chances they create to the fullest.

“We will approach the game well. We have to do very well in defence and if we have the ball, we have to create chances and utilise it. But most importantly, we have to give a good effort. We just have to be confident once we reach the attacking third and we need to more clinical. I am sure that the boys tomorrow will put up a good fight and they will do well,” opined the former Shillong Lajong coach.

After the Hyderabad tie, NorthEast United face Odisha, Chennaiyin, East Bengal and Kerala Blasters in their last four matches of the season. Incidentally, all the four teams are struggling in the bottom half of the league table.

Jamil doesn’t believe that there are any easy matches in the league – whether one faces a team from the top half or the bottom half of the table.

“A match is a match. We give respect to every opponent. We will prepare our best for every game and all the teams are good. We are not taking any team lightly,” opined the I-League winning coach.

The Highlanders are currently tied on points with FC Goa and Hyderabad but have the worst goal difference (+1) among the three sides. But Jamil is not too worried about the goal difference.

“Goal difference is important but the main thing is we have to get a positive result, that is three points. We will try our best to be in top form,” the NorthEast United coach said.

Sat Feb 6 , 2021
Amakhosi are now just a few months away from resuming the acquisition of players following sanctions by the world football governing body Kaizer Chiefs coach Gavin Hunt says he will conduct his transfer business in a totally different way from how he used to do it at Bidvest Wits, while […] 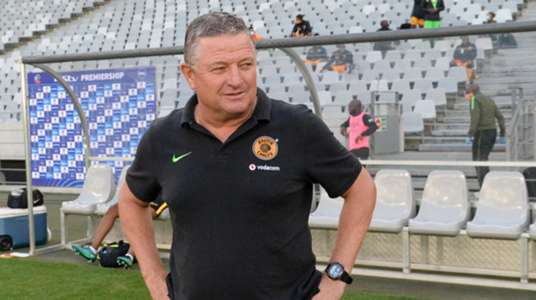