NorthEast United find themselves in the seventh position on the Indian Super League (ISL) table and ahead of their clash against Hyderabad FC on Friday, coach Gerard Nus is confident of a positive result which would help them climb up the standings.

The Highlanders have won just two of their nine matches and from their last five games, they could only muster three points via three draws.

Nus stated that while Hyderabad have a good set of players in Aridane Santana, Mohammad Yasir and so on, his players have been armed with enough information on the opponent and a strategy in order to pick their third win of the campaign.

“We analysed Hyderabad FC and know that they are a good side. We know that no matter what has been the result in the previous game, they are dangerous. We analyse what they do with ball possession, set-pieces, and take everything into consideration. We will try to be at our best both offensively and defensively.

“We know that Hyderabad FC have a fantastic squad. Aridane is always a threat on top and they play in different systems. (Halicharan) Narzary and (Mohammad) Yasir are excellent. They are good with the ball. We have to be at our best. We will go with full commitment to get the three points, but with the utmost respect as well,” said Nus.

NorthEast suffered a 2-0 defeat to ATK Mohun Bagan in their last game where they leaked in goals thanks to their poor defending in set-piece situations.

“I disagree about that,” responded Nus when asked if his side lacked intent against the Kolkata outfit.

“We are well organised. We do a lot of things to control the match. Two set-pieces cost us the game. We are doing what we need to do to improve,” he added.

Idrissa Sylla has two goals to his name, with his last goal coming on November 30th, 2020 against FC Goa through a penalty. Nus came to the defense of the former QPR striker and also explained why his team are a difficult bunch to defend against.

“Sylla is a great player and we’re lucky to have him in our squad. I am confident about him. We keep trying to create chances. We score goals in different ways. This makes it hard to defend against us. It makes us more unpredictable to manage. Sometimes you have two chances and yet you score three goals, and sometimes more chances but fewer goals. But with time it will be fine,” reasoned Nus.

Nus believes that the players are motivated at NorthEast United and are aware of their fallacies or areas where they need to improve upon.

“It is not hard to motivate players. They are professionals. They all have the desire to win. The players are 100 per cent focussed. The team wants to get better. We need to have that confidence and we are going in a good direction. A lot of games are coming up. So just moving from one game to another,” he pointed.

He reiterated that scoring goals is the most difficult part of football and that his players are aware of how important it is to find the back of the net.

“We have scored a lot of goals. We want more. We want to win games and scoring is important. Without scoring you cannot win games. We can create those opportunities but there is an opponent who tries to avert that. It is definitely the hardest thing in football,” he signed off.

Thu Jan 7 , 2021
The Gunners great wants the management at Emirates Stadium to ensure that they do not allow another promising playmaker to slip their net Arsenal need to ensure that Emile Smith Rowe does not become another Serge Gnabry says Ian Wright, with the Gunners great concerned that regular game time for underperforming […] 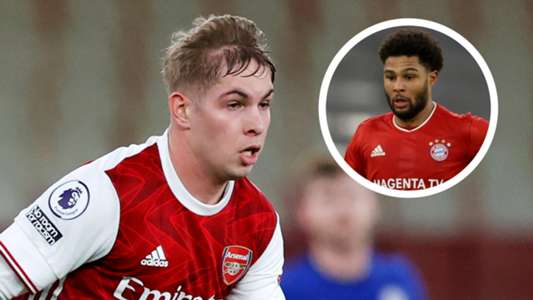