American world No. 225 Noah Rubin was mad because world No. 1 Novak Djokovic was unable to join a Zoom call for at least 30 seconds but he was able to play a football match in Belgrade. Last week, players and some of the governing bodies of tennis discussed the fate of the season on a Zoom call — most notably what to do with the US Open.

Then a few days later on Thursday — as part of the Adria Tour event in Belgrade — Djokovic played a football match with a number of other tennis stars. “These pictures of him playing soccer have surfaced. You can make time for that but you can’t get on a Zoom call for 30 seconds?” Rubin said on his Behind the Racquet Pod, as revealed on Baseline tennis.com.

“Stuff like that makes me fully aware of the logistical nightmare that is tennis and how there are too many moving parts, how it really is a lost cause in the end.”

“Don’t put yourself in a situation where you are relied on,” Rubin said.

“If you wanna look out for yourself, look out for yourself, this sport was built for that. But then don’t put yourself in a situation where others rely on you. If I can’t get in touch with you, if you aren’t helping me out, if you can’t get on a f***ing Zoom call, what is the point of all of this?” Djokovic spoke against the strict hygiene restrictions rules set by the US Open organizers.

17-time Grand Slam champion Djokovic wasn’t a fan of being able to bring only one team member with himself to New York. The 33-year-old Serb described the hygiene restrictions set by the US Open organizers as “extreme” and “almost impossible.”

“The fact that we’re giving you a tournament with still 95 percent of the prize money of last year, you’re not playing in front of the fans, were giving you that prize money,” Rubin said. “And you’re complaining that the physios at the ATP might not be good enough for your two weeks there? Like shut the f*** up.

Just understand what is actually taking place.” Noah Rubin, a former world No. 125, has never made it past the first round at the US Open.

Wed Jun 17 , 2020
The Spanish tactician confirmed the City legend would finish the campaign with the club and get the send off he deserves David Silva will finish the season with Manchester City and hopefully receive a “proper farewell” later, manager Pep Guardiola said. Silva was coming out of contract at the end […] 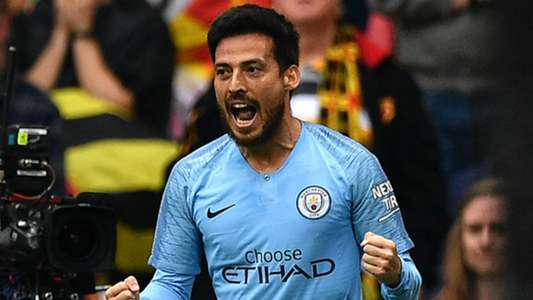