Taking on Serena Williams intimidates a lot of people, but not Victoria Azarenka. The former World No. 1 says she is excited to be facing her long-time rival after a convincing 6-1, 6-0 win over Belgian Elise Mertens set up a mouth-watering semi-final clash against the 23-time Grand Slam champion at the US Open.

The Belarusian was happy with her performance on Wednesday – saying her game worked perfectly when she spoke to the media in New York. “I felt today I really executed the game very precisely. I was moving really well. I saw the ball very long.

It was long on my racquet. I saw it where I needed to see it. So I felt I played well. I found all the right answers to everything she was trying to make today and more, so I’m very happy with that today.”

The two moms have played 23 times on the tour with Serena leading the rivalry 19-4 but Azarenka says she is ready to test herself against the best in the world.

“I love playing against Serena. I think we have one of the best matches – at least that I played in my career – against her. We always played on big stages. It was a lot of big fights. She’s one of the players who push me to the limit, who makes me better.

I love that challenge.” One of the other things that Victoria Azarenka has spoken about is how her ability to deal with losses has changed in the last few years as she has learnt to separate her identity from her results.

“I think when you’re young, at least for me that was, you identify yourself as a tennis player. It’s basically your life is a tennis player. You get judged when you win, you lose. Sometimes you don’t know how to dissociate tennis from your life and who you are as a person.

Who you are as a person didn’t based on a winning or losing result. I think when you’re young, it’s hard to accept that. It’s hard to accept losses. I think what I’ve done really well before is I do learn from my losses, even though sometimes you keep repeating the same mistakes.

The way I see myself now on the tennis court, off the tennis court, is that I don’t necessarily put myself into a point where I’m going to be just this or this result is what matters. Everything is an experience for me.

I live in the moment. I enjoy the moment no matter what it is. I take life as it comes.”

Fri Sep 11 , 2020
Arsenal, Chelsea and Liverpool are all in action as the top flight resumes with a bang this weekend The Premier League has barely been away, but already excitement is at fever pitch ahead of the new campaign, with questions aplenty as the top flight kicks off this weekend. Defending champions […] 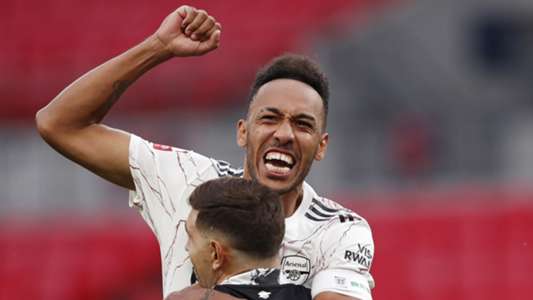