Lyon have not received any offers for star duo Moussa Dembele or Houssem Aouar, according to coach Rudi Garcia.

The French club’s president, Jean-Michel Aulas, confirmed last month that he could struggle to keep hold of striker Dembele.

French authorities voided the Ligue 1 season in April and Lyon –  who finished seventh – will be without European football next season.

Aulas made the admission amid several reports of Manchester United and Chelsea’s interest in Dembele. Of course Chelsea have since agreed to pay £54million for Timo Werner.

United remain in the hunt for a forward, but they have not made a move for Dembele, just as Liverpool or Man City have avoided doing so for Aouar.

RMC Sport claimed that the Reds were “very interested” in the 21-year-old attacker, who has been linked with a move to Anfield previously.

However, Garcia says no bids have been received for Dembele or Aouar, while he hopes winger Memphis Depay will remain with the club.

“I hope that Houssem Aouar will stay,” Garcia told RTL. “Him and Moussa Dembele. I can tell you categorically that we have not received any offers for them.

“I am told that Memphis is also not on the list of possible departures.”

Lyon recently announced the signing of striker Tino Kadewere from Le Havre, who spent the rest of the campaign on loan at his now former club.

“Moussa had a good season, I think that he still has room to improve,” the sporting director said (via GFFN).

“He is a pure centre forward, who brings us a lot of strength and presence in the box. And he scores goals.”

Lyon will be looking to use any funds received to fund a deal for a new defender with Garcia hopeful of strengthening his rearguard.

Garcia added: “We are looking for a central defender. Numerically, we only have three.

“We need leadership, but we are looking at young defenders, rather than those who are more seasoned. I don’t know if financially it will be possible.”

Tue Jun 16 , 2020
The Catalan says he cannot possibly keep a settled team for the rest of the season as he prepares for a reunion with Arsenal boss Mikel Arteta Pep Guardiola has warned his Manchester City team will be undercooked for the return of the Premier League because they were given “not […] 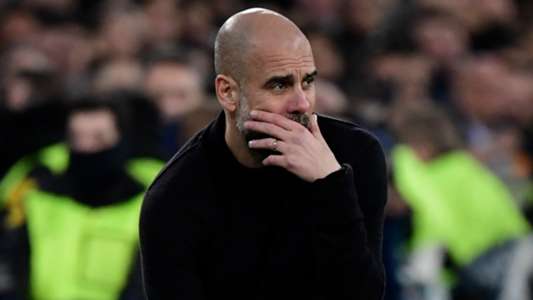