Hyderabad and Jamshedpur played out a goalless draw on Sunday…

After Hyderabad’s goalless draw against Jamshedpur on Sunday, head coach Manuel Marquez opined that it is very difficult to win games in the seventh season of the Indian Super League (ISL).

Except for the top two teams in the standings Mumbai City and ATK Mohun Bagan, every team has registered either five or six draws this season after 12 or 13 matches. Hyderabad’s draw against Jamshedpur was their third in a row.

For all the talent and style that Hyderabad have delivered, the young team rich in Indian talent has not been able to finish games off and there lies Manuel Marquez’s biggest concern as the Nizams target their first-ever ISL playoffs.

Hyderabad started strongly against the Men of Steel and Aridane Santana was the anchor of the ship. Santana was instructed to play deeper to outwit Jamshedpur’s centre-back pairing of Stephen Eze and Peter Hartley. And it worked at the beginning.

Hyderabad had a couple of clear-cut chances in the first half which should have been converted. TP Rehenesh, not for the first time this season, came to his team’s rescue when Santana played a delightful through ball into the box for Joel Chianese. The forward’s strike from inside the box was brilliantly saved by the Malayali keeper. Minutes later, Narzary was also denied by the former Kerala Blasters custodian who pulled of a terrific reflex save to keep the scores level.

Hyderabad called the shots in the first half but then allowed Jamshedpur to get back into the game after the break. Hyderabad have scored 12 out of 16 goals this season in the second half whereas Jamshedpur’s 11 conceded goals out of a total of 17 have also been after the break.

There were warning signs for both teams but neither of them managed to truly test the keepers. Valskis, who has scored 61.5 per cent of Jamshedpur’s goals this season, played out his third goalless game in a row. During the same period (in the last three matches), the Men of Steel have scored one goal. Owen Coyle needs more goalscorers if he is to take this team to the playoffs for the first time in their history.

Coyle would have been glad to end the three-game losing streak (they have never lost four games in a row) and Marquez was satisfied with his team’s performance despite failing to convert the chances they had in the first half. At the end of 90 minutes, both teams were okay about the result and it was a fair outcome based on the overall performances.

With only eight points separating the team in third from the team in the tenth position, it won’t be surprising to see more fixtures ending in draws. It is indeed very difficult to win games this season.

Mon Jan 25 , 2021
A draw was a fair result in the end as neither side deserved to get three points from the clash… Odisha FC were agonisingly close to picking up their second win of the season against Bengaluru FC on Sunday but failed to do so as Erik Paartalu bailed out the […] 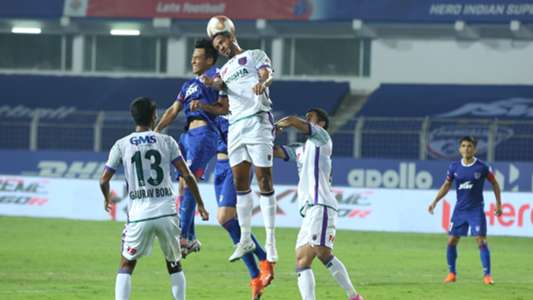