Who has been the hottest player on the ATP Challenger Tour during the restart? There is only one answer.

Aslan Karatsev has been a dominant force since the tour kicked off, returning with a vengeance in the Czech Republic. Hungry and motivated following the five-month COVID-19 hiatus, the 27-year-old Karatsev is in the midst of the best stretch of his career.

The Russian won 15 of 16 matches on Czech soil, with his lone defeat coming to former World No. 3 Stan Wawrinka in the Prague I final. It was his first match against a Top 20 player in seven years and only gave him more confidence.

Karatsev battled for nearly two hours against the Swiss star and he would proceed to lift back-to-back trophies in Prague II and Ostrava in the subsequent weeks. In fact, he reeled off 13 sets in a row in that span, notching convincing final victories over Tallon Griekspoor (Prague II) and Oscar Otte (Ostrava). He soared more than 100 spots to a career-high No. 140 in the FedEx ATP Rankings.

“It’s always great to win the title and these were a few big Challengers,” said Karatsev. “The two weeks in Prague and the week in Ostrava were fantastic for me. I beat two really good guys and I lost to Wawrinka in the first final. I’m happy to make these [FedEx ATP Rankings] points so quickly.” 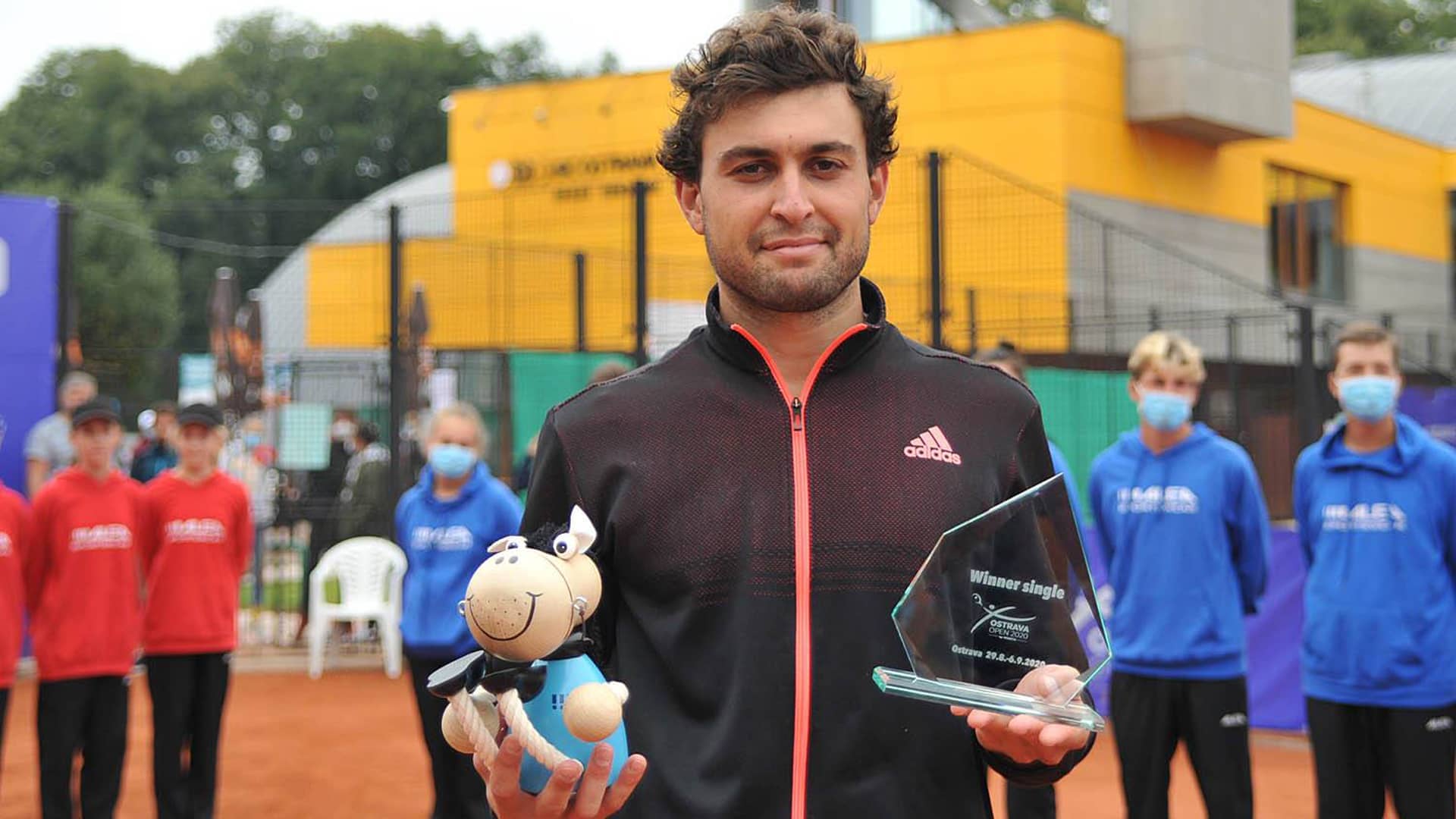 Karatsev with the Ostrava trophy

Five years removed from his lone previous title on the ATP Challenger Tour, Karatsev surprised himself with his ruthless run. But most importantly, he showed that he’s capable of much more than even he believed.

An integral part of the Russian’s team was missing throughout the three-week stretch. Alberto Lopez, Karatsev’s coach of almost two years, was supposed to travel with his pupil to these initial tournaments, but had to cancel his plans due to restrictions surrounding the pandemic.

Lopez, who previously guided Garbine Muguruza to WTA No. 1, was unable to get a visa from their training base in Belarus. He was forced to stay behind, leaving Karatsev on his own in Prague and Ostrava. Coach or no coach, the Russian showed what he’s capable of.

“My coach couldn’t be here with me, but we put in a lot of work during the pandemic. It’s been tough for everyone. I was staying at home for a while and then I went to the U.S. to practise and play exhibition matches. That was good preparation. I spoke to my coach and we decided to just keep it simple. It worked and we did a great job.”

“I didn’t expect it,” Karatsev told Florian Heer of Tennis TourTalk. “I don’t know the secret but I focused on my game… I would say that my game has become more consistent, not having too many ups and downs. I also had to cope with a knee injury three years ago but now everything is fine. I just go from match to match.”

Karatsev leads the Challenger circuit in match wins this year, owning a 24-5 record. His successful season started well before the tour’s restart, having also reached the final in Bangkok in January. That’s a total of four final appearances from seven tournaments entered in 2020.

After opening the year just inside the Top 300 of the FedEx ATP Rankings, Karatsev is projected to rise to a career-high Top 120 position on Monday. He will next compete at Roland Garros qualifying, beginning 21 September. The 27-year-old, who seeks his first Grand Slam main draw in what will be his ninth attempt, is appearing in qualifying for the first time since the 2016 US Open.

Thu Sep 10 , 2020
Serena Williams and Victoria Azarenka will meet for the 24th time for a place in the US Open final. from Daily Express :: Tennis Feed https://ift.tt/2Rb4R2m Source of the article 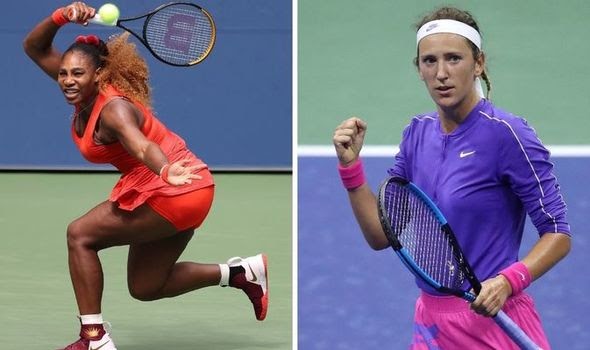