Jurgen Klopp has confirmed Liverpool will be without Fabinho for Sunday’s Premier League match against West Ham.

The midfielder has been a crucial player for the Reds this season, having filled in at centre-back amid the injury crisis they have faced this season.

Fabinho missed Thursday’s 3-1 win against Tottenham with a muscle problem and the manager has ruled out the possibility of him returning to the team for the clash with David Moyes’ side.

“There are still glimpse of hope that it’s not that serious,” he told reporters.

“We don’t have the final result because the scan didn’t happen yet, so we’ll know more in three or four hours, hopefully. No chance for the weekend.”

The German coach was asked if the Anfield side will try to bring in another central defender before the January transfer window closes.

“I don’t know but we will try. It would be funny when you all think: ‘Ahh, Liverpool is just fine with the situation, they don’t care and they don’t try’,” he replied.

“We try, but how you know, there’s nothing to say until something happens so we will see. The situation yesterday didn’t make it easier or whatever but it’s still just that we try to do the right things. If that’s possible we will do it, if not then not.”

Liverpool are fourth in the table and two points above Sunday’s opponents, who have won their last four matches in the league.

Klopp has been impressed by the east London team’s form and is happy to see them shine under Moyes.

He said: “I am really pleased for David, to be honest. [He had] such a long and successful spell at Everton and then from that moment on maybe the timing was a little bit tricky with Manchester United and then with all the other clubs it was just like: ‘Is it the right moment?’ You have to go there and you have to fix it immediately.

“Now he got the time and he shows again his capability of building successful teams. So we will face them, that’s clear.

“The position in the table is obviously one thing but being third or fourth or whatever in late January is now not exactly what is the most important thing, there are other moments when it is much more important where you stand but of course we didn’t start fighting last night.

“We fought a lot in the other games as well but last night was a really important game for us with important aspects and that’s the plan – to bring this again on the pitch on Sunday.”

Sat Jan 30 , 2021
Hyderabad can move second with a win while Chennaiyin will want to move away from the teams in the bottom half of the table Hyderabad defeated Chennaiyin 4-1 when they met earlier this month. The two sides face each other in the reverse fixture of the 2020-21 Indian Super League […] 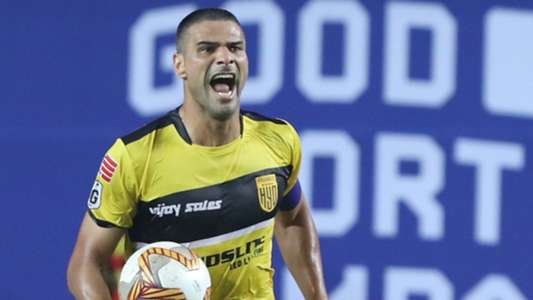