Eddie Nketiah can help Arsenal move to “the next level”, according to Mikel Arteta, who has been impressed with the striker during the first few months of his tenure at Emirates Stadium.

Nketiah rose through the youth ranks at Arsenal before graduating to the senior squad in 2017, but was made to wait for his breakthrough after a string of cameo appearances.

The 21-year-old notched his first Premier League goal on the final day of the 2018-19 campaign against Burnley, and went onto enjoy a strong summer under Unai Emery.

Despite scoring four goals during Arsenal’s pre-season tour of the United States, Nketiah was sent out on loan to Leeds in August to continue his development.

Unfortunately, he struggled for regular playing time at Elland Road, and the Gunners ended up calling him back to the Emirates in January.

Arteta. who replaced Emery in December, says he quickly decided not to allow Nketiah to go out on loan again after witnessing his ability at close quarters, and he is now expecting the young English forward to reward him for his faith by helping Arsenal finish the season strongly.

“We treat Eddie as an important part of our squad,” the Gunners boss said in a press conference on Monday.

“We had to make an important decision not to let him go on loan again after the spell he had at Leeds.

“I watched him train and I was very convinced he was the right player for us to move us to the next level, that he can contribute in a big way to the way we want to play.

“He has been fantastic so far.”

Nketiah hit three goals in seven outings for Arsenal after returning to the club from Leeds, before seeing his progress interrupted by the coronavirus outbreak.

He will be hoping to pick up from where he left off when the action resumes on Wednesday, as Arteta’s men prepare to come up against reigning Premier League champions Manchester City at the Etihad Stadium.

Arsenal slipped to ninth in the top flight when play was stopped in March, eight points behind Chelsea in the race for a top-four finish, but they do have a game in hand on their Champions League rivals.

Tue Jun 16 , 2020
Date published: Tuesday 16th June 2020 8:28 Tottenham are hoping to sign free-agent Thomas Meunier this summer and are hoping one of their current players can help swing the deal. With the club unlikely to spend big money in the transfer market due to the financial hit from the coronavirus […] 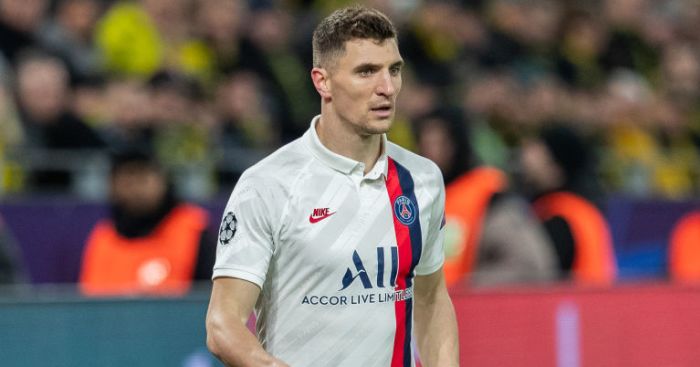