Serbian world No. 145 Nikola Milojevic couldn’t hide his happiness after stunning former world No. 3 Grigor Dimitrov at the Adria Tour. On Friday, Milojevic lost to Damir Dzumhur in the final the event organized by the Serbian Tennis Federation and the Bosnian earned a wildcard for the Adria Tour.

Dzumhur retired his Adria Tour ooener against Dominic Thiem after just two games and later he was replaced by Milojevic. “I’m disappointed I hadn’t earned this wildcard yesterday because then I would have played this first match as well — which Dzumhur unfortunately had to retire.

Anyway, I was happy to get a chance to play and then I was happy that I made the most out of this opportunity. I think I played a really quality match from the beginning until the end,” Milojevic told Sport Klub. Milojevic, a former world No.

137, delivered a big performance to stun 2017 Nitto ATP Finals champion Dimitrov 4-1 4-3 (4). The 24-year-old Serb felt Dimitrov’s game suited him up well and he believed he had a chance to stun the Bulgarian. “In general, he is a type of player I like to play against because he has clean shots.

He isn’t a player like Damir, who changes the rhythm a lot — you can play against him (Dimitrov). In my mind, I had a tactic which I agreed on with my coach and which I had to showcase on the court. With my movement and serving I managed to create my chances and I succeeded,” Milojevic said.

World No. 1 Novak Djokovic is the man behind the Adria Tour and Milojevic has nothing but good to say of the exhibition event organized by his fellow compatriot and the Serbian Tennis Federation.

“In general, it’s a great opportunity (to play against some of the biggest names of the game). That’s why you had to earn a chance to play and that’s why there was this qualifying event. There were good rewards even without qualifying for the Adria Tour.

It being organized by Novak and the Serbian Tennis Federation is good for all the players because it’s good to have some competitions and the competitive spirit alive as it’s uncertain whether or not the season will resume,” Milojevic said.

Though it didn’t come at the ATP level, beating Dimitrov will still be a huge motivation going forward for Nikola Milojevic.

Mon Jun 15 , 2020
The Ghanaian missed Wananchi’s tie against Mwadui FC after switching his phone off on Saturday Yanga SC are worried their star winger Bernard Morrison could be heading to Simba SC. Morrison missed Yanga’s clash against Mwadui FC on Saturday and a top official of the club has revealed they have […] 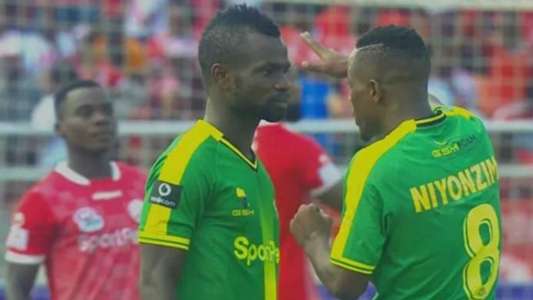