The Southern Africa football body has invited the set of players, including overseas players, to camp for Alanya tour on Sunday

The Copper Queens aim to continue their fine tune-up fror the Tokyo 2021 Olympics at the eight-nation tournament in Turkey following a hard-fought 2-1 friendly triumph over Chile last December.

In Alanya, Southern Africa nation will be competing for the first time and are drawn against Nigeria, Equatorial Guinea and Uzbekistan.

The 32-woman list is dominated by 28 players from the Zambian Women’s Premier League, along with four foreign-based stars for the invitational competition scheduled for February 15-24.

While BIIK Kazygurt star Racheal Kundananji returns to the fold for the first time since in November 2019, Hapoel Be’er Sheba duo of Hazel Nali and Mary Nwakapila were left out.

With camp reopened at Tecla Hotel in Lusaka on Sunday, Nwape is scheduled to start training activities with invited players on Monday.

Zambia will launch their campaign at the Turkish tournament against Nigeria and will look to seize the chance to avenge their 4-0 group stage defeat at the 2018 Africa Women’s Cup of Nations.

Sun Jan 31 , 2021
The two-time African footballer of the Year ended his six-game goal drought in the English top-flight with a brace at the London Stadium on Sunday Mohamed Salah’s double against West Ham United has made him the first Liverpool player to score 20 goals or more across all competitions in four consecutive […] 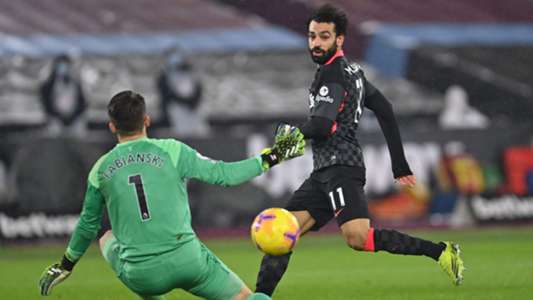