The chairman of the Presidential Task Force on Covid-19 and secretary to the federal government, Boss Mustapha, has revealed football activities in Nigeria will remain shut down.

The Nigeria Professional Football League (NPFL) has been suspended since March following the spread of the coronavirus pandemic to the country.

The government only recently eased lockdown in three of the most affected states in the country, Lagos, Abuja and Ogun, and limited social gathering to 20 people.

Nigeria is one of the most hit in Africa, having recorded more than 14,500 cases while 385 lives have been lost to the pandemic.

The Bundesliga and La Liga have restarted while the Premier League is set to return on June 17 behind closed doors having put safety measures in place.

The SGF, however, feels allowing football to be played without the fans will take away the excitement but assured the government will make a decision based on the stats available.

“I’m not sure we are excited about opening sporting activities in our country, particularly soccer [football], which attracts large crowds,” Mustapha told the media.

“If our guidelines say large gatherings are banned and not to exceed 20 persons except places of work, I don’t see the excitement if we allow soccer to return to an empty stadium.

“A lot of European countries where these games have started are big businesses and they are doing it carefully and gradually.

“We are not excited about allowing sports to return, we will get there, but for now, we are concerned with the few activities allowed to reopen.

“We will continue to review the situation, know how we are faring, study the situation and know what next to do based on data, science and peculiarity of our environment.”

Last month, the Nigeria Football Federation (NFF) stated the domestic league in the country will only resume when the government gives its approval.

Plateau United currently lead the NPFL table with 49 points from 25 games while Rivers United and Lobi Stars are second and third.

Fri Jun 12 , 2020
The 32-year-old has been linked with a move to Italy, but he says he would prefer to remain at Camp Nou for the time being Ivan Rakitic is seeking clarity over his future at Barcelona amid ongoing rumours linking him with a summer move. The Croatian midfielder was reportedly offered […] 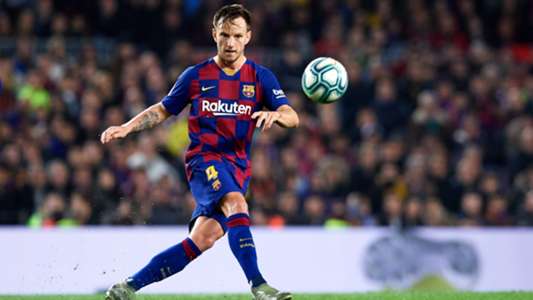