Nnamdi Ofoborh is aiming to play in the Champions League with Rangers after signing a pre-contract with the Premiership giants last Monday.

The former Nigeria U20 midfielder will start a new adventure in Scotland in the summer after agreeing to a four-year deal with the Gers before the close of the January transfer window.

He also sealed a loan move to Wycombe Wanderers on deadline day after struggling for playing time at Bournemouth, making no appearance in the Championship.

Ofoborh raved about the prospect of playing with the Premiership leaders and also fulfil his boyhood ambition of playing in the top European competition if the Gers win the league this season.

“It has always been a dream for me to play in the Champions League,” Ofoborh told Sunday Mail via Daily Record.

“I’m a person who is confident in my ability and I’ve been through a lot already in my career.

“But I always told my friends that one day I’ll play in that tournament. If I get that chance at Rangers, I’ll have done it way earlier than I expected.

“It would be a massive achievement for me. I’m buzzing about the move. It’s still a bit surreal to me that I’m actually joining a club like Rangers. I just can’t wait to get up there, get started and do what I need to do.”

Having played in just the League One and Championship so far in his career, the 21-year-old revealed his reaction when he heard about Rangers’ interest in him and how he could not get it out of his mind.

He continued: “My agent spoke to me a while back and said he’d been talking to a few different clubs.

“I was expecting a few English Championship clubs to show an interest or League One sides. I wasn’t expecting too much because I haven’t played a lot for Bournemouth this season.

“So he mentioned a few names, some of them abroad. But when he said Rangers, I just smiled at him.

“I thought: ‘That can’t be serious, not Rangers.’

“Even then I thought there can be a lot of talk in football without anything actually happening. But the thought of moving to Rangers was going through my mind every day at training.”

Sun Feb 7 , 2021
The tactician has now switched focus to the back four ahead of the biennial competition U20 Uganda coach Morley Byekwaso believes a slow start coupled with poor officiating contributed to their 5-3 loss against Tanzania in an international friendly match. The 2020 Cecafa U20 champions and their hosts will represent […] 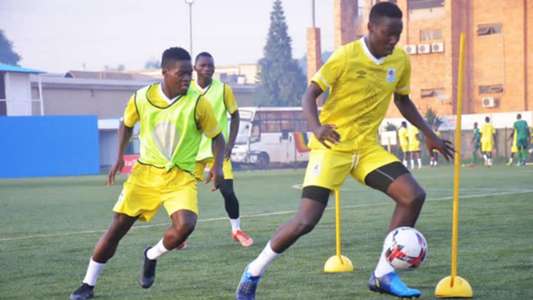