Nigeria President Muhammadu Buhari has paid tribute to Joe Erico, who died after a brief illness on Thursday.

Erico featured prominently for the senior national team at the 1976 Africa Cup of Nations, where the West Africans finished third.

The former goalkeeper went into administration after calling time on his professional career and had the opportunity to serve as an assistant coach of the Super Eagles.

In a statement from Buhari’s Special Adviser on Media and Publicity, Femi Adesina, the President eulogized the contribution of the Super Eagles ‘legend’ to the development of Nigerian football.

“President Buhari commiserates with family, NFD over the death of Joe Erico,” the President said he was saddened to learn of Erico’s death,” read the statement.

“President Muhammadu Buhari is saddened to learn of the passing of former Nigeria senior team goalkeeper and one-time assistant coach of the Super Eagles, Joe Erico.

“Commiserating with the family of the legendary player and tactician, as well as the Nigeria Football Federation, the President avers that the nation will forever remember him for his tireless devotion to duty, ensuring victory for Nigeria when it mattered most in football.

“President Buhari believes that Coach Erico’s guidance as a veteran would have availed much for the Nigerian football community, but it pleased his Maker to call him home at such a time.

“The President prays almighty God to grant the soul of the deceased eternal rest and divine comfort for family, friends, associates, and everyone who came in contact with the talented sportsman.”

A close family member of Erico, Tomiwa Aghedo, confirmed that the former Super Eagles goalkeeper complained of stomach pain before he passed away,

“He complained of stomach ache yesterday and he was subsequently rushed to the hospital. Very early this morning he passed away. It’s terrible news at this point in time and every one of us is devasted.

“We are consoled by the fact that he served Nigeria with all his strength and he lived a good life worthy of emulation.”

Fri Jan 22 , 2021
After almost two months of the festive break, the Nigerian duo are back in training with their teammates in Sweden Anam Imo and Faith Micheal are back in Pitea and joined their Swedish Damallsvenskan club in training for the first time this week. The Super Falcons pair entered fresh contracts […] 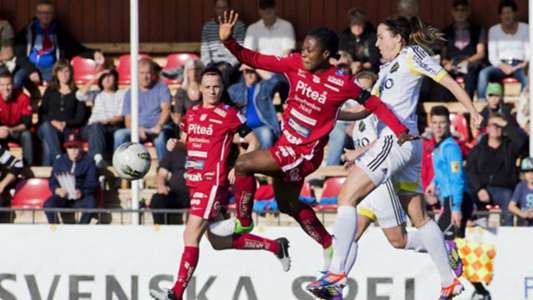