The Super Falcons player continued her fine form as her side returned to winning ways, seeing off their visitors

Regina Otu was on target as Minsk recorded a 7-0 victory over ABFF U19 in Friday’s Belarusian Women’s Premier League encounter.

Following her arrival from Rivers Angels in April, the Nigeria international made an impactful debut for the Belarusian side, scoring a hat-trick in their 18-0 victory over Dinamo Brest.

The Super Falcons midfielder was handed her third start for Pyshnik Andrei’s side against Dinamo Brest and got on the scoresheet to ensure her side’s return to winning ways against ABFF.

Following a 3-0 defeat to Dinamo-BSUPC last time out, Viktoriya Marchik opened the scoring for Minsk after seven minutes of action.

Natalya Asmykovich doubled the lead for Andrei’s side in the 22nd minute before they grabbed the third courtesy of Anastasiya Pobegaylo from the penalty spot a minute later for the hosts.

Otu got the fourth of the match for rampant Minsk in the 25th minute and Asmykovich netted the fifth with her second of the encounter before grabbing her treble and her side’s sixth in the 33rd minute.

After the half-time break, Tatyana Shereshovets got a seventh of the match as the Belarusian giants returned to winning ways in style.

Nigeria duo Ebi and Otu were in action for the duration and the latter has now scored four goals in three matches.

The result keeps Minsk in second with 18 points from seven matches and they will hope to continue their outstanding displays against Dnepr Mogilev in their next game on May 11.

Fri May 7 , 2021
The majority of the teams have renounced the Super League idea which collapsed just days after its announcement Nine of the 12 Super League teams have confirmed their commitment to UEFA and renounced the plan to form a new competition, but face financial penalties from European football’s governing body. The […] 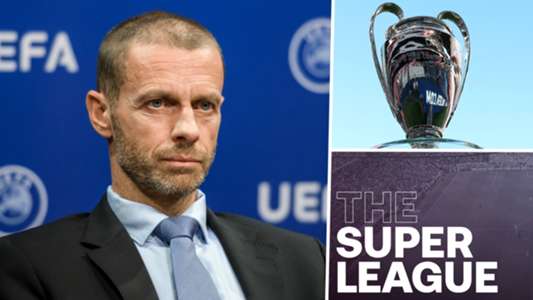