The West Africans’ dream of winning their first invitational came true after Randy Waldrum’s side crushed their continental rivals.

Nigeria emerged as the first African side to claim the Turkish Women’s Cup on their first-ever appearance after humiliating Equatorial Guinea 9-0 on Tuesday.

The nine-time Africa Women’s Cup of Nations winners opened their outing on a high, with a 1-0 win over CSKA Moscow before edging Uzbekistan by the same scoreline to inch closer to the crown.

Randy Waldrum made three changes to his side, starting Charity Adule, Christy Ohiaeriaku and Uchenna Kanu ahead of Halimatu Ayinde, Tochukwu Oluehi and Francisca Ordega.

Needing just a draw to seal the title, the Super Falcons were seeking to end on a high as Uchenna Kanu set up Glory Ogbonna to open the scoring, with a long-range effort after just nine minutes.

Three minutes later, Toni Payne was brought down in the area to gift Nigeria a penalty and Asisat Oshoala stepped up to convert from the spot before grabbing her brace with another penalty in the 13th minute.

Some 13 minutes later, Chidinma Okeke’s long pass from the right found Oshoala and the Barcelona striker raced past the opponents’ defence to net her third and her side’s fourth of the match.

Waldrum’s side maintained their ruthless form as Payne teed up Kanu to net a fifth of the match in the 36th minute before Ogbonna’s cross was headed in by debutant Charity Adule two minutes later.

Three minutes from the half-time break, Payne grabbed her first goal in the green and white colour of Nigeria when she fired past goalkeeper Emiliana Nchama Ndong for a seventh of the match.

Before the restart, Waldrum made four changes, bringing on Mariam Ibrahim, Gift Monday, Ramat Abdulkareem and Esther Sunday as replacements for Ihezuo, Okeke, Payne and Kanu.

Despite Jean-Paul Mpila’s team holding on for a while, the Super Falcons added an eighth of the day when Abdulkareem set up Monday to score her first goal for the team in the 69th minute.

Five minutes from the full-time, substitute Halimatu Ayinde assisted Oshoala to grab her fourth goal of the tie to complete the Nigeria rout.

Regardless of the outcome between CSKA Moscow and Uzbekistan, Nigeria are the 2021 Turkish Women’s Cup champions, with nine points from three matches in the 10-day competition.

The four-nation invitational tournament success was the first in history for Nigeria in Europe and the first crown under Waldrum.

Tue Feb 23 , 2021
The Argentine tactician is preparing to lock horns with the Blues in continental competition and is aware of the considerable threat they pose Diego Simeone claims star turns within Chelsea’s squad “could play in any team in Europe”, with the Atletico Madrid boss fully aware of the threat posed by […] 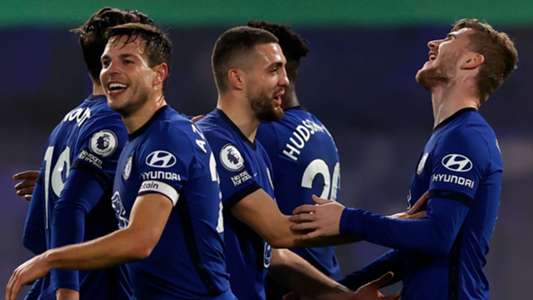