From one long-lived legend to another: Nicola Pietrangeli came back to talk about Roger Federer, trying to give an advice to the Swiss Maestro, who in recent days revealed that he will skip what remains of 2020, to undergo surgery on his right knee.

Federer should therefore come back to the courts at the Australian Open 2021, in what could be his last season. According to Pietrangeli Federer he should retire from tennis now, without rescheduling his return for 2021: “I don’t understand what else he has to prove yet: he’s the one who won the most, he made a lot of money, maybe it’s time he stopped playing.

He would go out with his head held high, from number four of the world, it is not for everyone.” These were the words of the former Italian legend: Pietrangeli had a relatively similar experience when he decided to retire: in fact he left tennis in the season in which he would have celebrated 40 years-old, just before his birthday.

His last match was the first round of Wimbledon, a tournament in which he arrived once in the semifinals, losing against Rod Laver: “I had no physical problems, but I was losing too much. Then it was less worn: first you were a talent and then you became an athlete.

Today if you are not an athlete they won’t even let you on the court.”

At the same time, Pietrangeli would not be surprised at yet another as Roger Federer’s back.

“If the surgery and the rehabilitation manage to put the right knee back in place, however, I would not be surprised to see him come back to winning in 2021 because his talent, in all the years spent on the court, has allowed him to run and tire a lot less than the others: when a match ends he is rarely sweaty.

Federer is a tennis player much younger than his age. If I can’t see Roger on the court anymore, I will be sorry, but it’s not that tonight I will be sleepless for his arthroscopy! Coronavirus victims make me feel much more sorry,” he said.

Talking about tiredness and excellent retirements, Pietrangeli also talked about the other two Big Three, Rafael Nadal and Novak Djokovic: “Nadal and Djokovic also get upset from every game; soon they too will have to start thinking about retiring.”

Roger Federer, Rafael Nadal and Novak Djokovic are obviously not eternal, sportingly speaking, but every season they play is a gift for tennis. Or will Nicola Pietrangeli be right?

Fri Jun 12 , 2020
Brahim Diaz ngel RiveroMARCA On January 7, 2019, Brahim Diaz was presented as Real Madrid’s latest signing having joined from Manchester City for just 12 million euros. He was seen as a spark after a bad start to the season, he was seen as the solution to the lack of […] 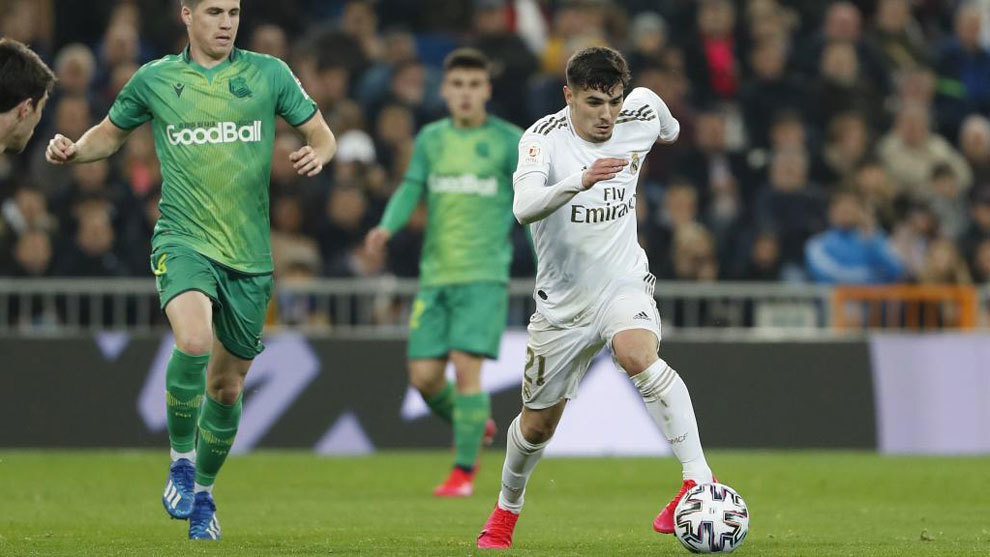