Opposing manager Pascal Dupraz has made an enemy of Neymar Sr. with his comments about his son’s latest setback

Neymar’s father has launched a passionate defence of his son, criticising Caen manager Pascal Dupraz for taunting him after he went off injured for Paris Saint-Germain on Wednesday.

Neymar is set to miss next week’s reunion with former club Barcelona in the Champions League after being ruled out for around four weeks through injury.

The Brazilian went off during PSG’s 1-0 Coupe de France win over Caen and has since vented his frustration on Instagram, saying: “The sadness is great, the pain is immense and the crying is constant.”

Editors’ Picks
What did the Caen manager say?

Complaining about a refereeing decision after the match, Caen boss Dupraz said: “Maybe we would have liked a penalty for [Steeve] Yago’s action which earned him a yellow card.

“In my opinion that is a penalty. But I’m not going to cry, I’ll leave that to Neymar”.

Neymar’s father, Neymar Sr., responded to Dupraz on Instagram: “Really, my son has to cry, but not for the reason you think, sir.

“I think he has to cry because there are coaches like you, referees of that level, negligent leagues, biased referees and cowards in the sport.

“But through our crying and his, my son’s, the athlete’s, the magic of football will last another night and after that he will rise up, as always, to win again.”

Which games will Neymar miss?

As well as Tuesday’s game at Camp Nou, Neymar is expected to miss Ligue 1 games against Nice, Monaco, Dijon and Bordeaux.

He will be racing to be fit for the return leg against Barcelona, in Paris on March 10.

PSG are currently three points off the top of Ligue 1 in third, with Lille and Lyon ahead of them.

'I'll call Messi, tell me when and where!' - Guardiola challenges Bayern Munich to sextuple showdown against 2009 Barcelona squad

Fri Feb 12 , 2021
Hansi Flick’s side matched the Man City manager’s legendary Barca team when they won their sixth straight trophy with the Club World Cup Pep Guardiola has challenged Hansi Flick and Bayern Munich to a ‘battle of the sextuples’ after the Bundesliga giants matched his Barcelona team’s achievement with a sixth […] 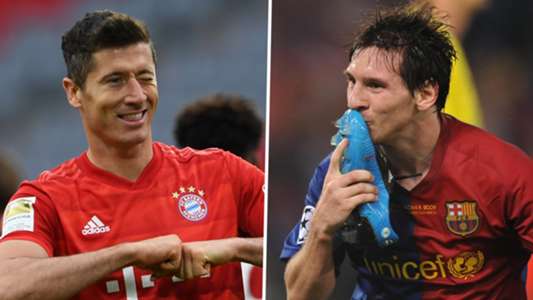