Ander Herrera has no immediate concerns when it comes to Paris Saint-Germain contracts for Neymar and Kylian Mbappe, with the Ligue 1 giants eager to tie a key duo to fresh terms.

Two star turns at Parc des Princes are currently tied to deals through to the summer of 2022.

PSG have openly expressed a desire to get both committed to extensions beyond that point, as they remain vital figures in the French capital, and Herrera claims to have seen nothing to suggest that either is contemplating a move elsewhere.

“Their contracts end in 2022. As they are big stars, there is talk about their contracts, whether they will extend or not. This is what happens with all the big players,” Herrera has told El Larguero.

“Their names are on everyone’s lips, it’s part of any season. I know they are very focused on our goals on a domestic level and also the last-16 [Champions League] games against Barcelona – which are very important for us.

“Neymar, two years ago, it was spoken about every day that he had a desire to return to Barca. But, from September-October (2019), I saw a very committed Neymar.

“I saw that he had ‘taken the flag of the project’. He feels important, appreciated. I think he’s enjoying every day. It’s going well. Neymar is a natural leader. He takes the ball, comes to get it, carries the team on his back.

“Kylian is very young, he is a star. He will be one of the best players of the next decade. I believe that he should not be forced to carry the project. But, concerning contracts, rumours, I do not want to get involved in it. I prefer to focus on the upcoming games.”

What does the future hold for Neymar & Mbappe?

Neymar was heavily linked with a return to Spain on the back of his record-breaking €222 million move from Barcelona in the summer of 2017.

He has, however, started to feel more settled in France and has now passed the 100-appearance mark for PSG – with 83 goals recorded along the way.

The Brazil international has spoken of his happiness at Parc des Princes, and has even gone as far as to suggest that he would like to take in a reunion with Lionel Messi in his current surroundings – as the iconic Argentine runs down his deal at Camp Nou.

Mbappe’s situation is a little different, as the 22-year-old still has lofty targets to chase down.

He is already a World Cup winner and Ligue 1 champion, with the target found on 108 occasions for PSG, but it has been suggested that he wants to challenge himself out of his homeland at some stage in the near future – with talk of interest from Real Madrid and Liverpool doing the rounds.

'Many players who wish for my Harambee Stars chance' - Sofapaka's Kibwage

Tue Feb 9 , 2021
Sofapaka defender Michael Kibwage has stated the call-up to the national team is a motivation to him. The youngster was called up to the Harambee Stars provisional squad to prepare for the Africa Nations Cup qualifying game against Egypt on March 22. He will be fighting for a slot alongside Johnstone […] 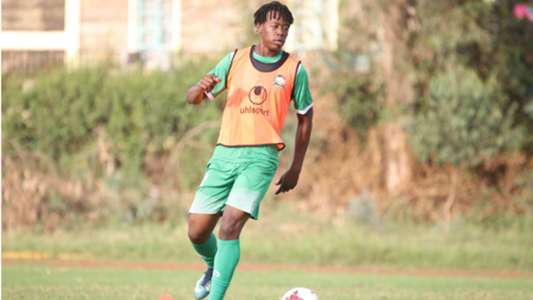