Neymar has risen above Lionel Messi and Cristiano Ronaldo to become “the best player in the world”, says former Brazil international Caio Ribeiro.

The Paris Saint-Germain forward has always been considered to form part of the global elite.

After bursting onto the scene at Santos, a high-profile switch to Barcelona presented an enigmatic talent with the prominent stage his undoubted ability deserved.

He also filled the bronze medal position after completing a record-breaking switch to PSG in 2017, with the South American looking to escape sizeable shadows in Catalunya to become a leading man in his own right.

Injury struggles and questions of his attitude and future have never been far away in France, but impressive standards have been maintained in an 81-goal haul through 100 appearances.

At 28 years of age and supposedly at his peak, while Messi and Ronaldo reach their mid-30s, Neymar is in a position to become the standout performer in world football.

Ribeiro believes he is already there, with the former Santos, Sao Paulo and Gremio forward telling Panico Jovem Pan: “Even if he [Neymar] has behaviour that we don’t agree with, I think he is an ace, currently the best player in the world.

“He plays more balls than Cristiano Ronaldo and Messi.”

Neymar is considered to have retained that individualist spirit that many players in the modern game lack.

For Ribeiro, top talents are now so focused on adhering to the demands of their coaches that they have lost the ability to think and flourish by themselves.

He added: “It’s a generation that is very dependent on the coach, and this is bad.

“In my generation, the coach spoke, you took the important bits and what you didn’t agree with, you gave your point of view. Today, there is no such dialogue. Players lack responsibility, they are very dependent on the coach.”

Neymar will hope to continue bucking that trend at PSG, with Mauricio Pochettino now calling the shots at Parc des Princes, with the Ligue 1 title holders back in the hunt for domestic and continental crowns this season.

Thu Jan 28 , 2021
Despite the Sparrowhawks’ failed expedition in Cameroon, the midfielder is consoled by the experience garnered from the championship Richard Nane is disappointed by Togo’s premature exit from the 2021 African Nations Championship, nevertheless, he claims the tournament is an ‘exposure’ for his side. After five failed attempts to reach the […] 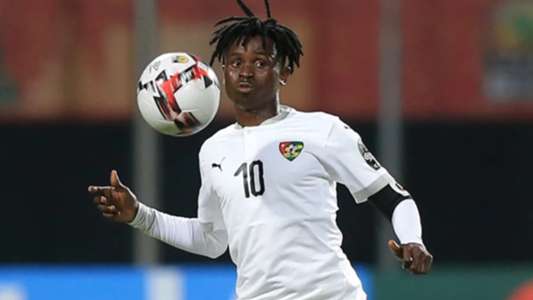