Paris Saint-Germain look set to be without Neymar for their Classique clash with Marseille on Sunday as the Brazil international has been struck down by illness.

The 29-year-old has been unable to take part in training as Mauricio Pochettino readies his troops for another meeting with arch-rivals.

As a result, the South American is expected to miss out on a heavyweight encounter at Stade Velodrome.

PSG said on Saturday in a statement posted on the club’s official website: “Neymar is absent from training this morning due to gastroenteritis, he will be evaluated in the coming hours.”

There is still a chance that Neymar could make the trip to Marseille, but he is feeling under the weather and may be a little rusty if thrust straight into competitive action.

Several absentees have been confirmed by PSG, with Juan Bernat a long-term injury victim that has been out of action since September.

Timothee Pembele has tested positive for Covid-19, forcing him into self-isolation, and Colin Dagba is set to be sidelined for two weeks with a thigh injury.

Abdou Diallo is another following coronavirus protocols, while Ander Herrera and Keylor Navas are not yet ready to return as they continue their respective recoveries from recent knocks.

In more positive news for Pochettino, Marco Verratti and Marquinhos have played a full part in training and will be in contention for starting berths.

PSG are preparing to face old adversaries Marseille for the third time this season, with OM claiming a notable victory at Parc des Princes back in September 2020.

The men from the French capital gained their revenge shortly after Pochettino’s appointment as successor to Thomas Tuchel, with a Trophee des Champions success taken in.

That fixture saw Neymar reignite his feud with Alvaro Gonzalez.

The Brazil international was sent off during an early-season Ligue 1 clash for slapping the Spaniard on the back of the head.

He later said: “My only regret is not hitting that a**hole in the face.”

Neymar then sent a boastful social media message to Gonzalez after the Champions Trophy tie, leading the Marseille man to say: “My parents always taught me to take out the trash. Go OM always.”

They may be denied the opportunity to lock horns again on Sunday, with both teams desperate for points – PSG as they seek to chase down Lyon at the top of Ligue 1 and Marseille as they endeavour to break out of mid-table and back into the hunt for European qualification.

Sat Feb 6 , 2021
Reds left-back Andy Robertson said his side were not in the running for the title after they were beaten at home by Brighton in midweek Phil Foden has rubbished suggestions Liverpool are out of the Premier League title race, saying leaders Manchester City are well aware of the danger the […] 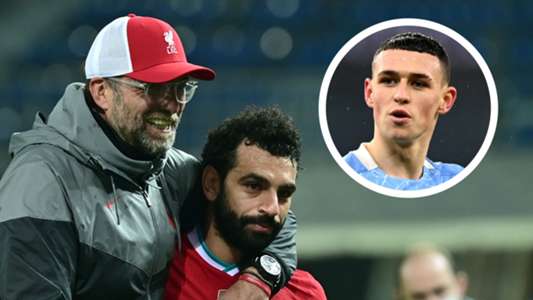