Juventus star Giorgio Chiellini says that is planning on reassessing his future after next season as the defender says he’s hoping to continue on with his playing career.

The 35-year-old has been with Juventus since 2005, having made 509 total appearances for the club.

During his time with Juve, Chiellini has won Serie A eight times while also claiming four Coppa Italia trophies.

Chiellini has been kept out of virtually all of Juve’s matches this season, having suffered a torn anterior cruciate ligament in August.

However, having returned to fitness just prior to the coronavius outbreak, Chielli says that he believes that he has plenty left to give as a player.

“Next year I’ll see how I feel. I’ll play for another year, then let’s see,” the defender said on Instagram.

“I could play for another year after that, I would like to continue in football because it’s my life. I would prefer a management role than as a coach, but in life you never know”.

On the subject of management, Chiellini admitted that, during his time away from the game, he watched the documentary series surrounding Pep Guardiola and Manchester City.

Chiellini says that he has seen greatness while watching Guardiola work as he expressed his admiration for the Spanish manager.

“I think he has something different to the other,” he said. “I saw the first two episodes of the City documentary, in which he talks to the players and you see his charisma, mentality. That makes him special.

“For a football lover, two episodes of the City documentary are enough to understand the greatness of mind. I wasn’t lucky enough to meet him, but I think he has something extra”.

Chiellini has served as Juventus’ captain since 2018, taking the armband from Gianluigi Buffon when the goalkeeper made the move to Paris Saint-Germain.

The defender has remained on as captain even with Buffon’s return, and he says he is glad that the honour came to him later in his career.

“Being captain, on the one hand, is more tiring than being a phenomenon, but at the beginning you have less pressure,” he said. “There are many who are 17 years old with many expectations that ruin a career”.

Real Madrid vs Eibar: It's true... Hazard is in good shape

Sun Jun 14 , 2020
Real Madrid vs Eibar The Belgian was impressive EFE Even with just 60 minutes of evidence on Sunday evening, it looks as though Real Madrid have got the real Eden Hazard back. The Belgian has struggled with injuries in his first season in Spain, but against Eibar he showed why Los […] 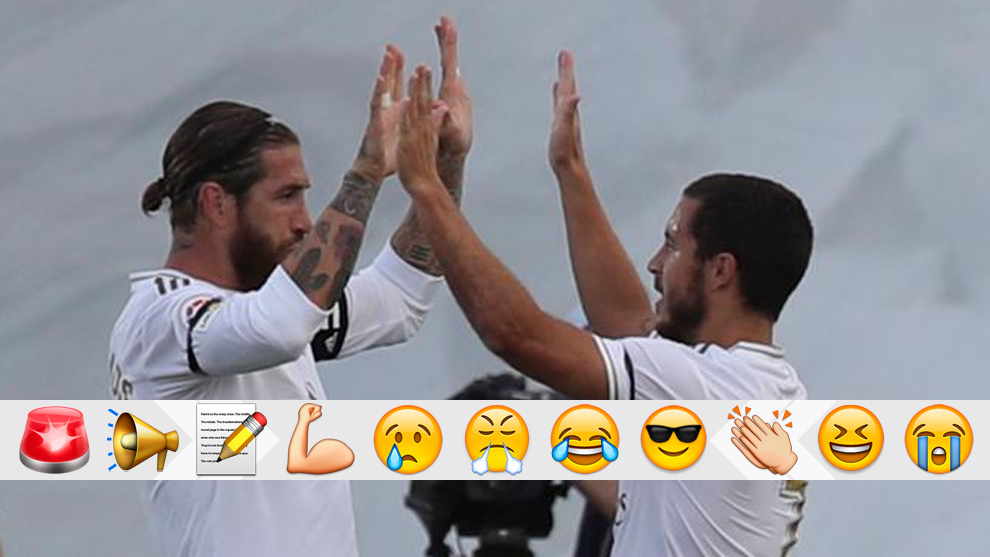